The Nigerian Police Force (NPF) has eventually clarified why it has been incapable of guaranteeing maximum security for Nigerians as it has revealed that 80 per cent of its workforce is engaged in protecting wealthy Nigerians at the expense of the masses.

Assistant Inspector-General of Police (AIG), Zone 5, Rasheed Akintunde, who hinted this, said only 20 per cent of policemen were engaged in protecting lives and ensuring peace in the country, the News Agency Nigeria (NAN) reports.

“The remaining 80 per cent are just busy providing personal security to some `prominent people’ on guard duties,” Akintunde said on Thursday, February 8, while addressing officers and men of the police headquarters in Bayelsa State, during his tour.

The police chief decried the situation where some prominent people in the society seek more than 30 policemen to protect them, while the bulk of work for the members of the force rest on protecting the masses.

“Every big man wants personal security, they want a number of policemen to come and secure them and their family members, instead of supporting the police to work and ensure a safer environment.

“If we can redistribute policemen from some government formations and deploy them to work on their core duty, it will yield positive result”, he lamented.

He however urged all the officers in the command to be on their toes and be committed to their duties just as he reminded them of the need to do their jobs with integrity and exhibit high level of professionalism in order to create good image for the force.

The Commissioner of Police in the state, Don Awunah, welcomed the AIG and promised to ensure that the officers and men of the command remained focus on their duty of protecting lives and maintaining law and order in the state. 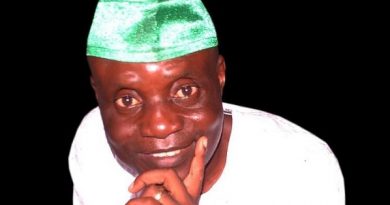