But for the vigilance of the officers and men of the Nigeria Customs Service (NCS), Apapa Area 1 Command, four containers of various brands of Tramadol, a regulated pharmaceutical products and drugs would have sneaked into the market.
Thanks to the Intelligence Unit of the command that exposed the presence of the dangerous drugs in the ports.

The command’s Customs Area Comptroller (CAC), Mr. Musa Jibrin, confirmed this early in the week in Lagos, where he disclosed that the 40-foot containers, with duty paid value (DPV) of N110.02 million, were impounded between February 6 and 7, 2018.

According to him, “On Tuesday the 6th February 2018 based on credible intelligence from Customs Intelligence Unit (CIU) Apapa Command, 3×40 foot containers with numbers MRSU 3637149, MRKU 6196764 and MRSU 3516384 imported by one Villa Gold Pharmacy from India, were suspected to contain ‘controlled drugs’. The said containers were examined and found to contain different pharmaceutical products/drugs, which are controlled and regulated from importation into Nigeria”.

He said the first container was used to carry 936 cartons of tramadol Hydrochoride tablet (225mg) and 56 cartons of Collstop Chlorpheniramine Maleate Capsules (4mg).

The third one he disclosed contained 554 cartons of tramadol capsules BP (120mg), and 176 cartons of Col-cap.

Jibrin wondered the negative impact the controlled drugs would have had in the society if they had found their way into the market, saying “these could have further aggravated the already tensed situation in the country”.

He revealed that one person was arrested in connection with the seizures and had been granted administrative bail while investigation was on-going.

Meanwhile, the Customs Area Controller disclosed that the command generated N31.01 billion in January 2018 compared to the N25.95 billion it generated in the corresponding period of 2017.

“It is worthy to note that the annual target for the Apapa Area Command in 2018 is N462 billion and N35.5 billion it is expected to generate on monthly basis,” he said, stressing that the command would soon start the Nigerian Integrated Customs Information System (NICIS) training to block revenue leakages and increase the compliance level. 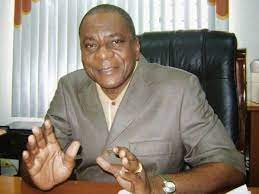