The Federal Operations Unit (FOU) of the Nigeria Customs Service, Zone A, Ikeja, Lagos, is moving to the Internally Displaced People’s (IDP) camps in Borno State, North east of Nigeria, a total of 42 trucks of items.

According to the Controller incharge of the FOU, Comptroller Mohammed Uba, the dispatch of the goods to the IDP camps was ordered by the Comptroller-General of the Nigeria Customs Service, who also doubles as the Chairman, Presidential Committee on IDPs.

Meanwhile, the enforcement arm of Customs disclosed recently that it has intercepted contrabands and other goods with Duty Paid Value (DPV) of N1.01billion in the last one month. It also recovered from importers N28.9 million as under-payment within the period under review.

Comptroller Mohammed Uba gave this hint last Wednesday at a media briefing, at the Zone A headquarters in Ikeja, adding that 30 vehicles were among the seized items listing recorded within the period.

The Controller added that two containers with numbers MSKU130295/2 and MRKU877714/0 were also seized for false declaration of goods worth over N25 million naira, even as he said 14 suspects were arrested in connection with the seizures.

Uba commended the officers and men of the Unit for living up to their statutory responsibilities in suppression of smuggling, blocking all revenue leakages and enhancing trade facilitation towards sustaining best international standards.

He remarked, “We have remained unflinching with our mandates and no amount of distraction will deter us from performing our statutory duties.

“We will continue to make this zone uncomfortable for smugglers to operate and urge every Nigerian to be patriotic and report any smuggling activities in their areas to the Service and any intelligence provided will be treated in confidence”.

Uba however implored economic saboteurs as well as fraudulent importers to invest their resources towards legitimate trade and desist from engaging in smuggling activities and warned that Service and indeed the Unit would not renege on its statutory functions most especially in suppressing smuggling. 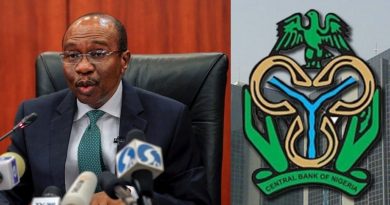