The Tin Can Island Port command of the Nigeria Customs Service (NCS) between January and March 2018 garnered for the Federal Government, a whopping N29.15 billion from the export of 45,462 metric tons (MT) of cargo.

Goods that generated the huge sum included agricultural products and manufactured items shipped from the port to different parts of the world.

This feat shows a 558.5 per cent increase in terms of volume and 402.3 per cent in value when compared to the corresponding period of last year when the command was only able to generate N7.25 billon from 8,140.6MT of goods.

A breakdown of the export in the period under review showed that agricultural export was 38,517MT with the free on board (FOB) value put at N22.435 billion while processed and manufactured goods amounted to 6,945MT valued at N6.711 billion.

Meanwhile, the command recently intercepted two container loads of prohibited Tramadol tablets smuggled into the country from India at the Tin Can Island port (TCIP), Apapa in Lagos.

This happened a few days after the Federal Government had announced a ban on the importation of codeine syrup due to the gross abuse which the drug has been subjected to in the country.

Comptroller Abdullahi, who handed over the drugs to officials of the National Agency for Food and Drugs Administration and Control (NAFDAC) penultimate Tuesday in Lagos, said the pharmaceutical products were falsely declared as electrical static converters and ciprofloxacin.

He added that one suspect had been apprehended in connection with the seizure and that investigation was ongoing to unravel those behind the import.

According to Abdullahi, “We are collaborating with NAFDAC and investigation is ongoing. We have gotten a suspect, which is the agent and through him, I am sure we will get the importer and ensure they are prosecuted and thereafter the consignment will be destroyed.

“Those who are involved in this thing should stop because it is dangerous to our health. It is addictive and it can kill. We have to stand out against this. Just as the Federal Government has banned codeine, we expect this will happen to this drug quickly.

“The import is coming from India and for export only. I think the government can explore the diplomatic way with the Indian Government by trying to see how we can prevent the importation of this type of dangerous drugs into the country.”

As an analgesic, Tramadol, is usually prescribed to treat moderately severe pain and is considered a safer alternative to other narcotic analgesics like hydrocodone and methadone.

It is among the controlled drugs abused by some youths across the country causing unhealthy addiction and adverse side effects. It is believed to be fast-selling and being shipped into the country through channels suspected to be unlawful.

The Controller further disclosed that from January to April 2018, three containers of e-waste which were considered toxic to health and the environment were also intercepted including five containers of second-hand clothing and a container of used tyres with a Duty Paid Value (DPV) of N124 million.

He said the command had maintained inter-agency collaboration with other relevant agencies at the port. This, he said, had helped the command to easily track prohibited items.

He disclosed that the command within the review period generated the sum of N104.5 billion as against a projection collection of the sum of N116 billion, recording a performance rate of 90.09 per cent.

“A comparative analysis against the collection of the previous year (2017) for the same period in the sum of N82.154 billion there is an improvement in the figure of about N22.68 billion which is equivalent to an improvement of about 27.61 per cent.

“The improved collection so far has been driven by the establishment of standard operating procedure (SOP) and strong revenue drive achieved through blocking of the area of revenue leakages,” he said. 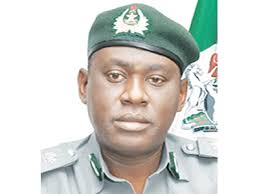 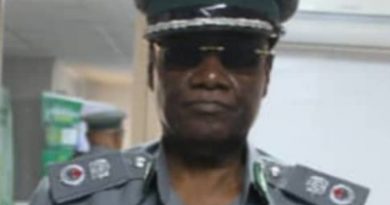