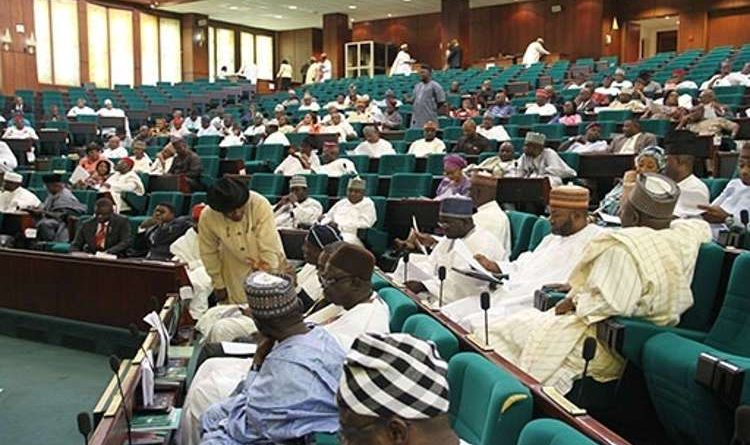 The association made the complaint through its founder, Dr. Boniface Aniebonam, when the AIG visited the group’s headquarters on a familiarization visit.

He presented to the visitor, copies of the Customs and Excise Management Act (CEMA) of 1954 and Council for the Regulation of Freight Forwarding in Nigeria (CRFFN) Act 2007 that enable customs agents and freight forwarders to practice their trade at the ports.

Aniebonam made it clear that by the CRFFN Act and the declaration of the Minister of Transportation, freight forwarders were free to access the nation’s ports to ply their trade unfettered.

He then wondered why Grimaldi Group, the operators of the PTML terminals, Tin Can Island, Apapa, should be restricting access to NAGAFF members and also insisting on allegedly extortion ranging from N10,000 to N20,000 from people.

He urged the AIG to intervene in the matter, saying as a law-abiding association, they would not like to take the laws into their hands, even as he insisted that only the Nigerian Ports Authority (NPA) had the right to decide practitioners’ access into the ports.

Aniebonam, who is also the Chairman, New Nigerian Peoples Party (NNPP), reminded the Police boss of the association’s earlier letter to him in that regard and his intervention, which he regretted had not yielded any result; hence their plea for more action.

Responding, the AIG, Alhaji Usman, took time to explain the areas of the Maritime Police Command’s jurisdiction, which he noted covered Lagos ports, the eastern ports, the National Inland Waterways Authority (NIWA) and having a detachment with the Nigerian Maritime Administration and Safety Agency (NIMASA).

In addition, the Police boss said they provided cover for the Nigerian Shippers’ Council (NSC) in its enforcement operations and having the Marine Police on the waterways.

On the whole, he disclosed that their operations covered 22 states of the Federation and extended within the country’s territorial waters not beyond 10 nautical miles.

Usman commended NAGAFF members for being among those that discharged their duties properly, explaining that the major responsibility of the Police at the port was to provide security and maintain law and order.

“The port is a business area and there are people like you trying to provide services. The police are there to provide law and order”, noting that there were challenges facing the police, but however promised that those challenges would be addressed”, he said.

He added that the major cause of harassment was when one deviated from keeping to law and order.

According to him, “In the case of harassment, it all boils down to somebody not doing what he supposed to do. There is no country or community that doesn’t have deviants. Anyone can deviate; a Police and Customs officer can take advantage of his uniform to do something contrary to the law”.

The AIG explained why Police stops containers exiting the ports, saying this was to check cases of illegalities in goods importation or clearance, pointing out that no criminality was immune to Police investigation unlike other security agencies.

Usman however said that the agencies at the ports were collaborating, assuring that cases that were supposed to be handled particular agencies directly were equally handed to them.

He however, urged freight forwarders to feel free to report any aspect of Police operation that was making them uncomfortable for easy resolution.

“If the stoppage is causing damage to a genuine patriotic Nigerians, we can discuss about it. There is no problem without solution. I am not denying excesses of Police. For every action and inaction, a Police officer knows if he is doing the right thing or not. Punishment and reward is there to discourage bad work and encourage good work. Our doors are open if there are excesses on our side”, he said.

In his welcome address, the National President of NAGAFF, Chief Increase Uche, pleaded with the Police boss to quickly address cases of illegal activities involving some Police officers posted to the nation’s ports.

He said the activities of the police officers at the ports were clearly against trade facilitation and ease of doing business as directed by the Federal Government.

Chief Uche told the AIG that the police operatives posted to the ports had been harassing freight forwarders and Customs agents who had legitimate right to clear their goods out of the ports.

The NAGAFF boss said the association was worried about incessant abuse of powers by general duty officers and unauthorized police operatives within and outside the port, lamenting that they had the habit of stopping containers already cleared at the ports.

He also accused other various agencies of government at the ports of violating the rights of agents, and particularly accused terminal operators and shipping companies of high-handedness.