The Blue Economy (BE), also referred to as the ocean or maritime economy, is a concept which leverages the strength of the maritime ecosystem including fishing; shipping and maritime transport; coastal tourism; marine energy (fossil and renewable); pharmaceutical and cosmetic industries, genetic resources and general sea-based products for economic growth and development.

Africa’s seas and oceans represent major assets with the potential to accelerate the development of African economies. Indeed, according to the African Union (AU), 90% of Africa’s imports and exports are conducted through the sea. The African Union (AU) has recognized the importance of the BE and has included it in its Agenda 2063, which is a blueprint for development of the continent for the next few decades.

In particular, the BE was given prominence through the adoption of the 2050 Africa Integrated Maritime Strategy (AIMS) by the African Union. Given the importance of the sea economy to African economies, a dedicated focus on the Blue Economy (BE) is, therefore, imperative. For Afreximbank, the BE concept is very relevant as it is closely aligned to the Bank’s mandate of promoting and expanding intra and extra-African trade through diversification and development of the continent’s trade. More than 66% of the Afreximbank’s beneficiary member countries (BMCs) are coastal and/or Small Island and Developing States (SIDS), and their economies are to a large extent, dependent on the sea or ocean for sustenance.

Blue Economy Geographic Coverage – African Context
A closer look at the African continent reveals that a total of 38 countries are coastal countries, including the small island states. Most of the countries are using the coast to their advantage through the development of the fishery sector and aquaculture; tourism; submarine activities; shipping and port activities etc. The major African coastal cities include Alexandria in Egypt; Port Sudan in Sudan; Windhoek and Swakopmund in Namibia; Mogadishu in Somalia; Djibouti City in Djibouti; Mombasa in Kenya; Dar-es-Salaam in Tanzania; Maputo in Mozambique; Cape Town and Durban in South Africa; Luanda in Angola; Libreville in Gabon; Lagos in Nigeria; Lome in Togo; Accra in Ghana; Abidjan in Cote d’Ivoire ; Freetown in Sierra Leone; Dakar in Senegal; Casablanca in Morocco; Algiers in Algeria; and Tunis in Tunisia.

The total coastline in Africa represents 38,926 kilometers and if it is well exploited could be beneficial to Africa’s growth and development in general.

Usual Opportunities in Blue Economies
International trade is very critical to many African economies, with over 90% of Africa’s imports and exports conducted by sea. Over the past four decades, the volume of global sea borne trade has more than quadrupled. Ninety percent of world trade and two-thirds of energy supplies are carried by sea as explained in the African Union, 2050 African Integrated Marine Strategy. Whilst over 46% of Africans live in absolute poverty-a figure that is still rising-fish makes a vital contribution to the food and nutritional security of over 200 million Africans and provides income for over 10 million according to the African Union, 2050 African Integrated Marine Strategy.

Shipping and Port facilities
Over 80% of global trade by volume, and over 70% by value, is carried by the sea and handled by ports worldwide according to UNCTAD (2017), the world seaborne trade grew by 4% in 2011, to 8.7 billion tones despite the global economic crisis and container traffic is projected to triple by 2030. Africa relies on maritime shipping as its principal mode of transportation for both primary and manufactured goods destined for export. Ports are an infrastructure facility allowing goods to be loaded/unloaded, stored, and transferred for inland delivery via other transport modes, such as trucks, trains, or inland waterway vessels. The African port situation is characterized by large number of small ports, each with a capacity of less than 1 million twenty foot equivalent unit (the size of a container). In addition, whilst African owned ships account for about 1.2% of world shipping by number and about 0.9% by gross tonnage, the ports handle only 6% of worldwide water borne cargo traffic and approximately 3% of the worldwide container traffic according to according to the African Union, 2050 African Integrated Marine Strategy.

Fisheries
African coastal waters contain some of the richest fisheries. The Gulf of Guinea, the Indian Ocean and the coastal waters of East Africa include some of the world’s richest tuna fishing grounds. The potential for aquaculture in Africa is enormous. Egypt, for example has experienced a spectacular aquaculture growth and tilapia is now the least expensive animal source food available and an important element of the diets of many Egyptians.

In Africa, the fisheries and aquaculture sector employs about 12.3 million people. Half of the 12.3 million people employed in the whole fisheries sector are fishers, 4.9 million (42.4 percent) are processors and 0.9 million (7.5 percent) work in fish farming. More than half of the fishers (55 percent) are employed in inland fisheries whereas the largest share of processors (42 percent) works in marine artisanal fisheries followed by 30 percent in inland fisheries and 28 percent in industrial fisheries, according to FAO (2018).

While, figures are often not considered to be very accurate, in general it is estimated that about 200 million people or about 30% of the continent’s population eat fish as their main source of animal protein and micro-nutrition, according to NEPAD (2017). Fisheries also provide livelihoods for over 10 million Africans, many of whom are small-scale operators, supplying food to local and sub-regional markets. In addition, the value added by the fisheries and aquaculture sector as a whole in 2017 was estimated at more than US$ 24.0 billion, 1.26 percent of the GDP of all African countries.

The AfDB paper on Fisheries and Aquaculture in the context of the Blue Economy paper, presented the example of Senegal, as fisheries are of major economic and social importance. Indeed, Fisheries contribute 13.5 percent to the GDP of which post-harvest contributes 17 percent. Senegal is considered a Low Income Food Deficit Countries “LIFDC” and the production is estimated at around 500,000 tons per year, comprised mainly of small pelagic, demersal fish, crustaceans and cephalopods. At the same time, the fisheries sector is one of the main pillars for supporting coastal livelihoods, providing more than 61,000 direct and 540,000 indirect employment opportunities, mainly in the small scale sector. Senegal’s harbors host one of the largest small scale fleets in Africa, operating in Senegal and other countries of the sub-region. Access to resources in Senegal is largely unregulated for the small scale sector.

Tourism
Tourism is a major global industry; in 2017 international tourist arrivals increased by 4% despite the global economic crisis and constituted 9% of global GDP (direct, indirect and induced impact), according to the UNSD. In 2017, tourism supported 11% of global jobs and generated US$1.3 trillion or 6% of the world’s export earnings. Indeed, Travel & Tourism generated US$7.6 trillion (10% of global GDP) and 277 million jobs (1 in 11 jobs) for the global economy in 2017 according to the World Travel & Tourism Council (2017).
It is pertinent to note that a large portion of global tourism is focused on the marine and coastal environment and this is set to rise in the future, further presenting more opportunities for the growth in the Blue Economy. Tourism also includes cruise tourism, which is currently the fastest growing sector in the leisure travel industry. Overall, average annual cruise ship passenger growth rates are close to 7.5% and passenger expenditures are estimated in the order of US$18 billion per year. Global trends towards aging populations, rising incomes and relatively low transport costs are expected to make coastal and ocean locations ever more attractive in the future.

Furthermore, in 2018, the total contribution of travel and tourism to employment in Africa, including jobs indirectly supported by the industry was 7.1% of total employment (20,481,500 jobs). This is expected to rise by 1.0% to 20.7 million jobs in 2015 and further to rise by 2.3% per annum to 26 million by 2025. Furthermore in terms of numbers, Africa receives more tourists than the Caribbean, Central America and South America combined. This development makes a strong case for increased investment in tourism. Tourism creates jobs and opportunities for entrepreneurship, reduces poverty, promotes stability, preserves heritage and culture and builds global connection according to the African Union, Africa Integrated Maritime Strategy.

The exploitation of ocean-based energy resources, which is also a component of the BE is growing in importance and presents a great opportunity for coastal African countries. In 2009, offshore fields accounted for 32% of worldwide crude oil production and this is projected to rise to 34% in 2025 as almost half the remaining recoverable conventional oil is estimated to be in offshore fields – a quarter of that in deep water, according to the International Energy Agency (IEA) . This is supported by deep offshore water exploration by the recently deployed EGINA FPSO assembled in Lagos, Bonga Field drilling, Tubu field drilling etc.

Ambode to construct 9 jetties to aid water transportation in Lagos 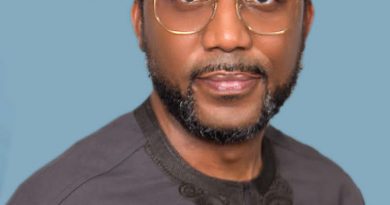