In a rare gathering of the nation’s maritime stakeholders on Monday in Lagos, there was a deafening clamour for the return of the former Executive Secretary/CEO, Nigerian Shippers’ Council (NSC), Barr. Hassan Bello. He retired from service on Friday, June 18, 2021.

It was a gathering of who-is-who in the industry put together by the National Association of Government Approved Freight Forwarders (NAGAFF) to honour the former NSC helmsman who was overwhelmed by the encomiums showered on him by stakeholders. 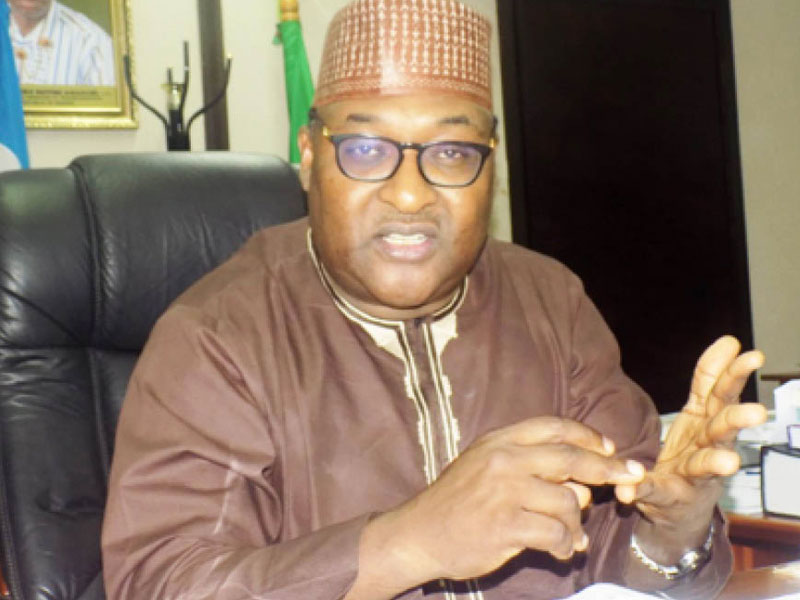 For the first time, the Banquet Hall of the Rockview Hotel, Apapa, venue of the event, including the gallery, was filled to the brim with those who could not find space staying at the lobby.

Speaker after speaker representing, freight forwarding, government agencies, truckers, customs brokers, importers and exporters, the media, among others, touched on the various contributions of Bello to their businesses.

The over twenty speakers that made presentations on Bello at the occasion ended up demanding for his return to the industry, saying his humane and humanitarian services were still much needed.

In his welcome address, the National President of NAGAFF, Dr. Increase Uche, explained that the reception organized by his group was their own little way of appreciating the former ES.

Uche reeled out several achievements recorded by the outgone NSC boss, including the facilitation of Inland Dry Ports (ICDs) establishment, development of Truck Transit Parks (TTPs) and the provision of buses for freight agents during the peak of COVID-19 pandemic.

Others, he stated as quick interventions in matters stifling trade, ensuring agency-stakeholders’ regular parleys, halting unauthorised charges of service providers, among several others. He also called on the Federal Government to consider returning the former executive officer to the industry, saying it was too early to dispense with his detribalized and humane services in the industry.

To the journalists who spoke at the ceremony, Bello is an epitome of a Chief Executive Officer, who never fenced off the press with a retinue of media consultants but displayed friendliness to practitioners.

The former ES was commended for such an attribute, which they observed had made him to have a happy ending unlike the others that would always exit office in disgrace.

They recalled that during the pandemic, for example, he was the only CEO that remembered that press men should be protected in the course of duty by making available to them Personal Protective Equipment (PPE) like nose masks, sanitizers and others.

They also recalled his interventions any time a media practitioner had health issues, citing a colleague who during the pandemic manifested symptoms of the disease with no assistance coming from anywhere after he raised an alarm. It was Bello, they said, that moblised an ambulance and medics, who evacuated him from his house to the hospital where he eventually tested negative. To the journalists, Bello should be made to stage a come-back.

Capping up the general clamour for Bello’s return was Dr. Boniface Aniebonam, who praised the Minister of Transportation, Hon. Rotimi Chibuike Amaechi, for providing service by appointing Barr. Bello to be on the saddle of the NSC for eight years.

The NAGAFF Founder commended him for identifying such a technocrat for the industry and pleaded with the Minister to hearken to the voice of the people by finding a way to return him to maritime, as according to him, his services were still needed.

“I have never seen a simple, unassuming and caring gentleman like Bello. You hardly know he’s a chief executive of an organization. Look at what he did during the Covid-19 pandemic. Without what he did, when everywhere was in total lockdown, the ports would have remained shut down”, Aniebonam said.

He agreed with some of the earlier speakers that there were some initiatives of Bello that were not concluded and hoped that his return, if granted, would provide an opportunity to get such accomplished.

In his response, Bello, who struggled to fight back tears, said he was short of words to appreciate NAGAFF and the stakeholders present. He observed that he had attended events at the Rockview Hotel but never had he seen such a large gathering covering both the hall and the gallery.

He said he was surprised at reactions and show of love to him by stakeholders, noting that whatever he did as ES to him, was a call to duty to serve the people.

Bello, who joined the Shippers’ Council in 1998, thanked the various stakeholders for their cooperation and support while he held sway and urged them to continue with such gestures to his successor, whom he said had an intimidating profile.

He said the ports should be fully digital in their operations for ease of doing business and commended some freight agents that had started practicing transactions online.

The former ES described the Apapa and Tin Can Island ports as “tired ports” that should not be replicated in the proposed Lekki Deep Seaport still in the works, saying “the Lekki port is the way to go in modern port operations”.

However, he said all ports, including Lekki, should be made open and not a close thing, adding, “the problem with our ports is that it is a closed system. We need to be open. That is how to operate”.

Consequently, he advocated for a “Community port” system where all should operate in synergy to get things done.

The event witnessed the induction of the ex-NSC boss as the Patron of NAGAFF with the ceremony performed by the Chairman, Board of Trustees (BOT), Chief Chidiebere Enelama. Bello gladly accepted the honour of being made a Patron of the group.