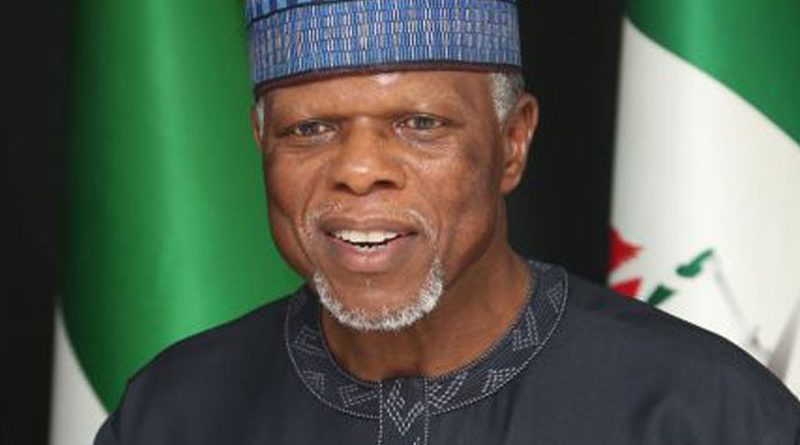 Freight forwarders on Tuesday in Lagos, told the Nigeria Customs Service (NCS) that its recent introduction of e-valuation method for clearing vehicles has labeled all imported vehicles as brand new when statistics record that only five per cent falls within that category.

They made the observation at the Customs Training College, Ikeja, during a townhall meeting called by the service to address the controversies surrounding the Vehicle Identification Number (VIN) valuation recently introduced by the Service.

The freight forwarders, otherwise known as agents, told the Customs leadership that the new system was unacceptable to them because it was not even in tandem with the Customs and Excise Management Act (CEMA).

By the application of the new system, they said, the Service had even broken its own CEMA laws which prescribed the clearance of goods based on negotiated value rather than advertised (market) price.

With an overwhelming evidence of an apparent highhandedness, the service appeared to have seen reasons as it told the stakeholders that their complaints had been noted and assured that the Customs high command would soon do something positive about it.

Recall that for over one month now there has been a general outcry by importers and their agents, including car dealers over the new system of automobile clearance at the port, which has led to over 300 per cent increase in the cost of clearing vehicles.

As a result of the development, which resulted in strike action by the agents, the Customs Comptroller General (CGC), Col. Hameed Ali (rtd), organized the townhall meeting with stakeholders towards finding an amicable solution to the crisis.

Consequently, two Assistant Controllers General (ACGs) for Modernisation and Information Computer Technology and Tariff and Trade (T&T), Saidu Gladima and Hamza Gummi, respectively were dispatched from Abuja headquarters to discuss with the stakeholders.

In his opening address, the Comptroller General, represented by the Zonal Coordinator, Zone A, ACG Modupe Aremu, said the service regarded the stakeholders highly as partners in progress; hence the townhall meeting was scheduled.

She said it was the wish of the CGC that the matter be amicably resolved, recalling that the new system was introduced to satisfy the clamour of the stakeholders for a unified tariff for vehicles. She disclosed that the system had taken the service since 2014 to put in place and debunked the notion that it was in the bid to meet revenue targets that it was introduced.

Aremu also stressed the importance of training in the system for freight forwarders to be abreast of the Service’s modus operandi. She recalled regrettably that most of them were in the habit of not attending such sessions but would rather send their subordinates who never took such exercises serious.

She made it clear that it was through such training that the stakeholders could be in tune with modern trends in the system and be able to understand Customs and its operations better.

The ACG incharge of Modernisation, Gladima, told the agents that strike action ought to be the last resort, saying they should always explore all avenue for peaceful resolution of crisis before embarking on operations shutdown.

All the freight forwarders’ groups and the Auto Dealers Association of Nigeria (ADAN) were in agreement that what the service did was an overkill in duty valuation on vehicles.

Director General, Research and Sea Empowerment Centre, Mr. Francis Uchechukwu Aniezechukwu, started by commending the freight forwarders for conducting themselves so well in the face of provocation.

He faulted one of the officers, who chided the freight forwarders for embarking on strike without exploring avenues of peaceful resolution before the strike action. He said they wrote a letter to the Service to that effect, and said he personally traveled with it to Abuja to submit at the headquarters.

He mentioned some of the Area Controllers they intimated of their planned action and regretted that there was no word from the service before the strike took off.

Quoting various sections of the law, Aniezechukwu made it clear that going by CEMA and General Agreement on Tariff and Trade (GATT) rules, the Customs contravened its own law.

“The Customs contravened its own law, the CEMA, by the application of ex-factory price instead of transaction value. With what you have done, all imported vehicles into Nigeria are treated as brand new. But we know it that only five per cent of vehicles imported into the country is brand new, the rest are fairly used.

“Remember, used items have no value but your system is now treating them as new, which is very wrong. Take for example; a 2011 BMW we brought in recently, your system threw up a value of $48,000 dollar price which translates to about N9.0 million whereas the market value of the car today is not up to N7.0 million. How do you reconcile that?”

Contributing to the discussion, the representative of the Ports and Terminal Mutliservice Limited (PTML), Mr. Keshinro, pleaded with the Customs to always put environmental factors into consideration when coming up with policies.

He made reference to an earlier speaker’s comment on how tokunbo (fairly used) vehicles were creating jobs in the system as each of such import would have not less than four people attending to it as against the brand new counterparts.

Kenshinro cited the case of a consignment of 600 brand new vehicles could just have only two persons handling them whereas each tokunbo could boast of more than four persons, a development he said was part of job creation in an economy such as Nigeria’s.

He regretted the impact of the freight forwarders’ strike on the ports, especially his facility, which he said handled 70 per cent of vehicle imports in the country which presently lacked for more intake space due to congestion resulting from the strike.

He therefore pleaded with Customs to thinker a bit with the new e-valuation method, which he described as a good development that needed some fine-tuning for acceptability.

How I Bribed DSS, Others with N1m to Smuggle Arms – Suspect