The conviviality, ecstasy, knuckle-chopping, thumbs-up and backhand slapping that usually characterise the celebration of victory were all absent last Wednesday at the place called Freight Forwarders’ Village, Apapa, Lagos. Rather, the atmosphere was overtaken by muffled victory dance that went with some green and brown bottles under the usual mango tree village square-like setting.

Why the muffled celebration? The result of an election, which conduct had for months put everyone on the edge, has just been announced. Ironically, the owners of the village carried the day! Specifically, the National Association of Government Approved Freight Forwarders (NAGAFF) chalked up eight out of the 15 positions contested for. This of course should call for celebration! Contestants and their supporters were in celebration mood! But wait for it! News filtered in that the NAGAFF high command, epitomized by its Founder, Dr. Boniface Aniebonam, was highly depressed by the outcome of the election. It was said that he was unhappy because an election that was intended to unite freight forwarders had further divided them. He had hoped for an all-inclusive election rather than an exclusive one as things turned out to be. This was what gave rise to the muffled victory celebration at the village! Celebration came under pause mode!

Earlier in the day, freight forwarders had trooped out in their numbers in various parts of the country to elect representatives into the Governing Council of their regulatory body, the Council for the Regulation of Freight Forwarding in Nigeria (CRFFN). The Council was set up in 2007 to regulate freight forwarding practice in Nigeria with the responsibility to promote the highest standards of competence, practice and conduct among members of the profession. Every two years, it assembles a 32-member Governing Council viz: 15 elected freight forwarders and 17 Federal Government appointed members.  Usually, the five registered associations gather to elect these representatives. They are NAGAFF, Association of Nigerian Licensed Customs Agents (ANLCA), National Council of Managing Directors of Licensed Customs Agent (NCMDLCA), Association of Registered Freight Forwarders of Nigeria (AREFFN) and National Association of Air Freight Forwarding and Consolidation (NAFFAC).

Similarly, Timothy Awogbemi and Chukwunonso Ejikeme came tops as the representatives of the Western Zone for Airports and Land Borders. Curiously, a female freight forwarder, Chi Ezeh, recorded the highest number of votes of 224 in the election as she emerged from the Northern Zone, even as Muftau Ya’u was also elected from same zone. 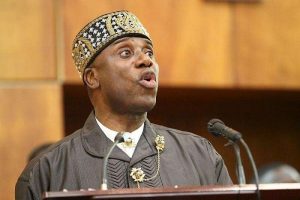 A critical look at the result of the election reveals that two of the registered associations, NCMDLCA and NAFFAC, did not win any seat. This is said to be the major grouse of the NAGAFF Founder, Aniebonam, who has been advocating for an inclusive arrangement in the Council. He has always been an advocate of the 6:6:1:1:1 formula. This translates to the 15 positions shared thus: six each from NAGAFF and ANLCA and one each from AREFFN, NCMDLCA and NAFFAC. That was the method adopted in the last election but was said to have been jettisoned this time around by the Minister of Transportation, Hon. Chibuike Rotimi Amaechi. He was said to have opted for a free-for-all alternative, which accommodated independent candidacy, a provision which critics say has no place in the CRFFN Act presently. This gave room for an unregistered group, the Africa Association of Professional Freight Forwarders and Logistics of Nigeria (APFFLON), to secure, as it were, a seat in the Council. Chief Uche, former President of NAGAFF, though an independent candidate, won in that capacity but flying the flag of APFFLON. No wonder the group is the only one that has so far congratulated the Minister of Transportation for the “good” job he has done via the CRFFN election.

Aniebonam was also said to have been pissed off by the high irregularities that allegedly characterised the election. When Seabreeze News tried to reach out to the NAGAFF founder for his comments, he merely retorted, “What’s there to celebrate in an election that is supposed to unite us but now dividing us the more” and discontinued the discussion.

With the ‘divisive’ outcome of the election, the victory party earlier slated for Friday, March 11, was put off. In the postponement notice posted by the Founder himself, it was stated: “This to inform all members of NAGAFF, the media and friends of NAGAFF that the proposed celebration of NAGAFF victory is hereby put off.

“This has become necessary to be on the same page with our sister associations who are severely complaining over the avoidable compromise by the electoral committee. A new date shall be announced when the contending voices may have been accommodated in the Council through 6:6:1:1:1 formula of the Consultative Forum. CRFFN Council is expected to be inclusive other than exclusive”.

However, sources close to Dr. Aniebonam disclosed that the National Chairman of the New Nigerian Peoples Party (NNPP) is disappointed over the role succeeding ministers of the Ministry of Transportation had played in emasculating the Council. It should be noted that NAGAFF is still challenging government’s conversion of CRFFN as its parastatal in the Appeal Court.

The sources quoted Aniebonam as saying, “It is most unfortunate and regrettable that the actions and inactions of the successive transportation ministers to give direction and character to the proper administration and management of CRFFN Act may have not added positive value.

“The object clause and the intendment of CRFFN Act is to enthrone ethical standards and code of professional practice and equally bring all the contending voices together under a regulation and control. To achieve these noble objectives the Council management have to deploy the instruments of formal education and the platform of Consultative Forum in line with Regulation 2010. The Consultative Forum is the channel of communication between the Hon. Minister of Transportation and the freight forwarding practitioners”.

Aniebonam, the sources hinted, was said to have been disappointed by Amaechi’s shutdown of the channel of communication, Consultative Forum, by refusing to listen to popular opinion resulting in the alleged sham election that took place two days ago.

According to them, he was said to have regretted how NAGAFF alone captured eight seats in the face of two other sister groups not securing any, a development, the sources said he described as a bad omen for the Council and the profession.

“The lone voice of the independent candidates is normal in a democracy. CRFFN is the baby of NAGAFF and we have it as a civic responsibility to ensure that the right things are done. Our success at the Council election has been a source of unhappiness to us because the intendment of the act is in breach. At the moment who is going to speak and protect the interest of the members of NCMDLCA and NAFFAC in the Council. This is a source of worry to NAGAFF, leaving our sister associations behind”, the former Customs officer was quoted as saying.

Meanwhile, investigation by Seabreeze News revealed that the 2022 CRFFN Governing Board election was massively rigged. Apart from being a cash-and-carry affair, people who had nothing to do with freight forwarding in the Western Zone, were allegedly ferried to the venue from Oshodi and Mushin to vote.

It was alleged that same scenario played out in the Eastern Zone, where it was said that what took place was an “arrange” election as the officials of the election umpire, the Ministry of Transportation, were highly compromised. It was a case of the ‘votes’ going to the “highest bidder”.

Observers believe that the outcome of the CRFFN 2022 election debacle was predetermined by the umpire, Ministry of Transportation. They note that the Council has a Register of Freight Forwarders, which should automatically serve as the Voters’ Register. The Register contains the names and registration numbers of the over 2,500 freight forwarding practitioners that make up the Council’s membership. In a decent system, they posit, every year, the register ought to be updated to accommodate new members. This, according to the observers, means that during elections the record would serve as the Voters’ Register. That being the case, at a particular time before the election, the Register would be displayed at a particular location, be it voting centre or CRFFN office, for verification, they maintain. During such verification exercise, insist the observers, voters would cross-check their names for likely mistakes, be they spelling errors or outright omissions for remedy before the election proper. But this has never been the case!

Seabreeze News notes that the practice over the years has been that some three months before an election, the various associations, in lieu with the CRFFN; commence compilation of names of voters to form the Voters’ Register. This has always given room to all manner of malpractices as different characters like Okada riders, vulcanizers, members of the National Union of Road Transport Workers (NURTW), name them, are registered as freight forwarders to vote. During such exercise, contestants go about assembling people, pay their registration fees, provide them with fake identity cards and on the day of election pay them to get their votes.

In Wednesday’s case, it was gathered that some of the candidates discovered to their chagrin that the voters they spent millions on to get registered, voted for other contestants who gave them money ranging from N20,000 – N30,000 just before casting their ballots. A case in point was that of a prominent candidate said to have registered, fed and housed over 600 voters before the election. He was taken aback that he could not garner up to 150 votes at the election. Though he later won but had his heart in his mouth as the votes were being counted.

The accreditation process leading to the election was even more chaotic that the military that shares neighbourhood with the Apapa GRA venue had to seal the arena at some point, preventing people and vehicles from either leaving or coming in. It took the intervention and pleas of some key CRFFN officials for them to allow the exercise to continue. Reason was that Transportation Ministry officials, who allegedly took over the accreditation exercise from the Council, came unprepared. Armed with only one laptop for the hundreds of contestants and voters, the situation became riotous prompting the nearby military men to intervene. Their intervention however, was said to have paid off as their presence restored some sanity, even as they continued to take charge of security all through the exercise and the subsequent voting.

Few days before the election, the former President of NAGAFF, Dr. Eugene Nweke, announced his withdrawal from the electoral process, citing grave irregularities beclouding the exercise as his reason. Until now, the electoral umpire has not come out to debunk his claims thereby giving credence to the allegation.

While some people have mooted the idea of a total cancellation of the result of the flawed election and a repeat of the entire process for credibility sake, others are of the opinion that it should stand but that the Council should sit up and say never again.

Industry watchers have however advised that the election should be allowed to stand but however advise the CRFFN to put its house in order to avoid a repeat of the shenanigan that took place Wednesday. They posit that the exercise failed in all the indices that signpost a good electoral process.

They also counsel the elected representatives to put the interest of the freight forwarding profession in the front burner during sessions in chambers. The observers maintain that it should be their responsibility to use their sittings to come up with policies that would reposition the Council for better and efficient performance. 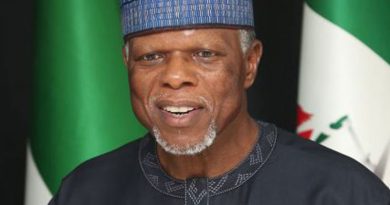