Hundreds of motorcycle riders, popularly known as okada, were seen in Apapa Saturday, loading their bikes into trucks for onward relocation to the northern part of the country following the ban on that mode of transportation in some parts of the Lagos metropolis.

He had said that the ban would take effect from June 1, after which security operatives should enforce the proscription order across the listed councils.

Consequently, the Commissioner for Information and Strategy, Mr. Gbenga Omotoso, in a statement on Thursday explained that the deadline did not invalidate the provisions of the Lagos State Transport Sector Reform Law of 2018.

He said that the Law stated that “no persons shall ride, drive or propel a motorcycle or tricycle on a major highway within the state, and any person in contravention of this provision commits an offence” and would be made to face the wrath of the law.

At the loading point, a newly created parking facility under the Ijora bridge, close to the Area B Police Command, Apapa, our correspondent saw the riders struggling on queue to get their bikes lifted into the truck said to be departing for Kano in the night.

While some of them wrapped many of the automobiles with thick papers of various colours, probably for easy identification at destination, others loaded theirs bare.

Our correspondent later discovered that the wrapped ones were packaged with ownership inscriptions for easy identification because they would be unaccompanied whereas those left bare would be moved alongside their owners.

In a chat with one of the riders, who simply identified himself as Rabiu, he said they had taken the decision to leave Lagos in order to secure their sources of livelihood, which by the ban would be prone to seizure.

When reminded that the ban was scheduled to commence on June 1, he said they had chosen to leave before that time because since the pronouncement, police officers had been harassing them irrespective of the deadline.

He recalled what happened last Thursday around Alaba Rago near Okoko when police clashed with riders, saying not only that many bikes were impounded but also lives were lost in the process.

“We are leaving because we don’t want to lose our machines because that is what we live on. Many of us are riding these bikes on hire purchase. If they seize it, what are we going to tell the owner? So, it’s better we relocate to where we can feel safe and free to operate.

At Alaba Rago last Thursday, many of our colleagues were wounded, some lost their bikes, with some even killed. Yet government said the ban will start on June 1. It’s better we leave now”, he said.

Another rider, Garba Aliu, from Kaduna State, who was not travelling along with his bike, explained that his brother would go to the park to pick it up as his name and phone number had been inscribed on the okada for identification purposes. 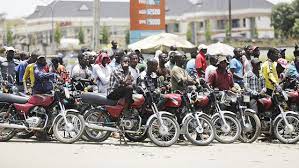 He said the ban announcement caught them unawares, as they never expected such to happen in Apapa where the easiest means of movement presently was by motor bikes, adding that he would later move down with his family to resume a new life over there.

On the cost of transporting the bikes, he said it varied depending on destination and if one was accompanying his automobile or not, adding that it ranged between N1,000 and N2,000.

It was gathered that many more of the riders would be departing in the coming days ahead as they are said to be mobilizing for funds through last minute operations. 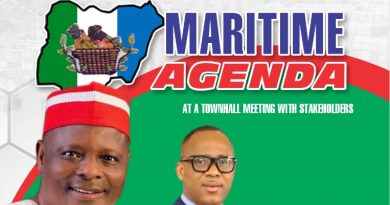 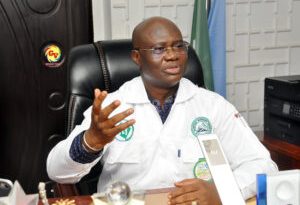