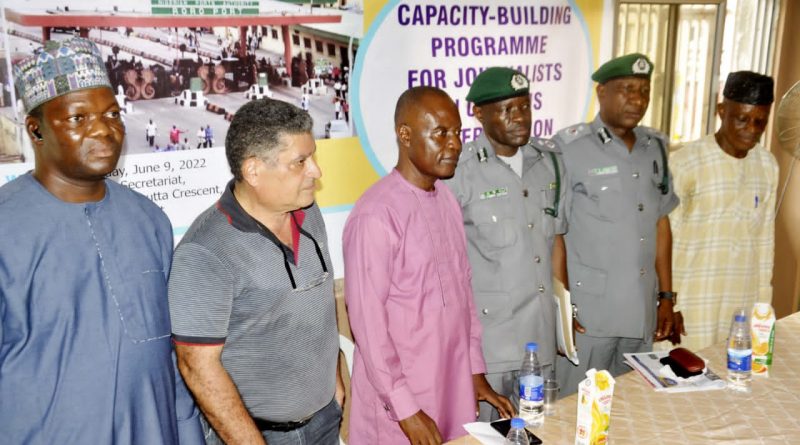 Smuggling of goods into the country has been described as an ill-wind that retards a country’s growth hence journalists have been tasked to go beyond reporting seizures by also providing useful information that could lead to its reduction.

This was the position of stakeholders at a one-day capacity training organized by The Powerful Pen Media Chapel of the Nigeria Union of Journalists (NUJ), held in Apapa, Lagos State, last Thursday. 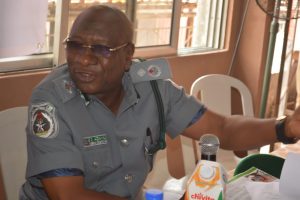 Umar, who was represented at the event by Deputy Comptroller Sahadu Adamu, said this was part of the ways to curtail the menace in the society.

“I want to urge our friends, the journalists who are on ground, to oblige us with information as to anything that has to do with smuggling. You should please go beyond the reportage of seizures by providing us with information on noticed smuggling activities”, he said.

Adamu noted that no nation would stand by and watch smuggling thrive without doing something stringent about it; hence the border closure of 2020 by the Nigerian government that generated an uproar among the citizenry and beyond.

He pointed accusing fingers at some neighbouring countries, whom he alleged encouraged smuggling and other vices in Nigeria and suggested that the authorities began to review their bilateral relations with them. 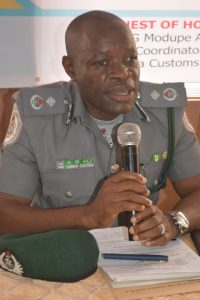 He added that the country must take the bull by the horns by revisiting its Bilateral Agreements with other African countries; especially those bordering her in order to curb smuggling through unapproved routes and waterways.

According to him, the effects of smuggling on the economy were quite devastating because it retarded developments in various ramifications by hindering the growth of indigenous technological growth.

Adamu highlighted that smuggling went beyond movement of goods and persons across borders, listing some of the trade infractions as falsification of clearing documents like false declaration, concealment, over valuation, under-declaration, over-invoicing, among others. 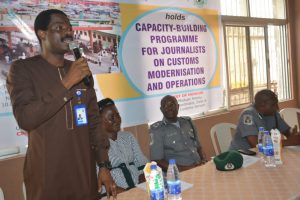 Guests on the high table with Edward Osagie, NIMASA spokesman taking the floor

According to the enforcement officer, the motive and motivation behind smuggling was to evade payment of duty and levies put in place by the authorities in the interest of the country.

He listed other attractions as, to acquire maximum financial gains by circumventing local revenue taxations and to avoid procuring some approved licenses for trade or manufacturing.

The Western Marine Command chieftain however, informed that by the Customs and Excise Management Act (CEMA), they were empowered to seize goods, detain and prosecute persons suspected to be participating in smuggling.

In his own contribution, the Controller, Federal Operations Unit (FOU), Zone A, Ikeja, Lagos, Comptroller Hussien Ejibunu, explained that his unit was an interventionist outfit that acted as checks and balances in Customs operations. 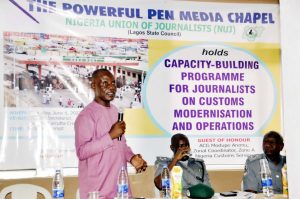 The Controller represented by Deputy Comptroller Garko Ali, stated that theirs was to compliment the work of the enforcement officers at the ports and border posts.

To buttress the importance of the unit, he said there was no month they never recorded a minimum of 100 seizures from smugglers running into several millions of naira.

Ali commended the The Powerful Pen Media Chapel and the Maritime Journalists’ Association of Nigeria (MAJAN) for organising the programme, which he said would aid factual reporting of events.

Similarly, the Assistant Director, Public Relation, Nigerian Maritime Administration and Safety Agency (NIMASA), Mr. Edward Osagie, who led his PR team to the event, said the group was in the right trajectory. He added that it was setting agenda for the incoming government, as this was happening in an election period.

“The lot we do in NIMASA depends on the media and it is such a good thing that MAJAN and The Powerful Pen Media Chapel thought it wise to organise a training programme for journalists on accurate reporting,” he said. 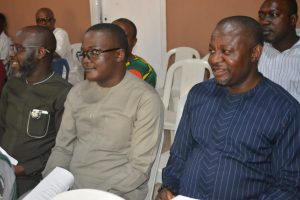 A cross section of journalists at the occasion

He urged the group to extend their training dragnets to other sectors of the industry like his own agency, NIMASA, for the better understanding of their operations and consequently, accurate reportage.

For Alhaji Isa Kazeem Adua, the Vice President, National Council of Managing Directors of Licensed Customs Agents (NCMLCA), the Chapel and MAJAN were on the right track by commencing their training with the Customs, the custodian of the ports.

He charged the journalists to maximize their knowledge on the operations of the Service in order to support and report it accurately.

Earlier, the NUJ, Lagos State Council Chairman, Comrade Adeleye Ajayi, in his address commended the Chapel and MAJAN for the initiative to update the journalists’ knowledge on Customs operations and hoped that they would maximize such an opportunity. 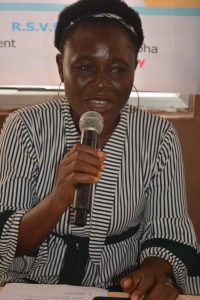 He thanked the Western Marine Command and the FOU for making out time to relate with journalists in such a training capacity and urged them not to relent in assisting the knowledge seekers further.

He advised that as they sourced for knowledge, they should equally utilize the avenue to empower themselves financially in the interest of their families; hence he urged stakeholders to support journalists in the arduous task of information dissemination. 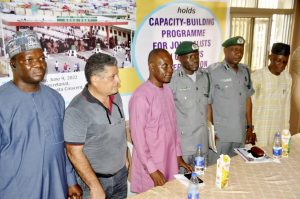 Guests standing for the National Anthem

In her welcome address, the Chairman, The Powerful Pen Media Chapel, Mrs. Udeme Clement, explained that they thought it wise to be educated by the Nigeria Customs Service for accurate reportage of its activities and challenges.

She said the training became more expedient following the modernization that had been going on in the service that required the media getting updated in its operations and challenges likewise.

She thanked the commands for heeding to the journalists’ clarion call and other stakeholder, who came around to show solidarity with the journalists and the Chapel. 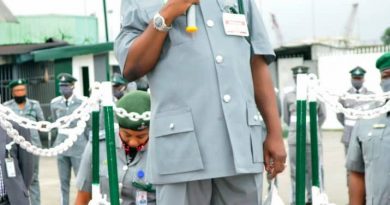 CUSTOMS ONNE COMMAND RAKES IN OVER #13BILLION IN SEPTEMBER ONLY