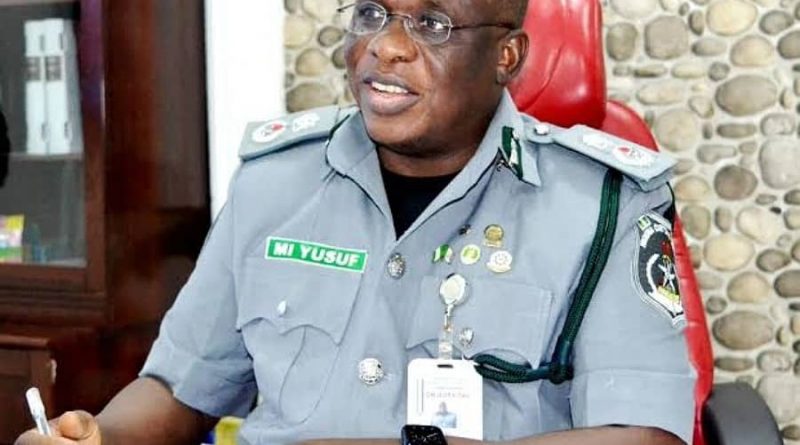 The country’s quest for revenue earnings through the non-oil sector is yielding good results as 160 million metric tons of goods worth N181 billion was shipped out through the Lagos Port Complex (LPC), Apapa, Lagos, between January and September this year.

Revealing this Thursday, in his office, was the Customs Area Controller (CAC), Apapa Area 1 Command, Comptroller Yusuf Ibrahim Malanta, while presenting his January – September scorecard to the media. 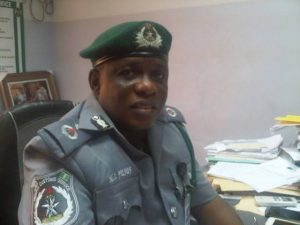 “On export facilitation, we recorded a tremendous achievement in this regard. We realised N181 billion in the period under review from a total of 160 million metric tons of goods”, he stated. 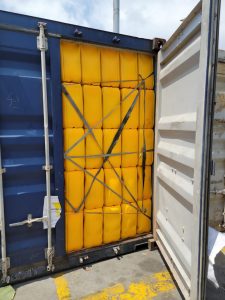 A container of vegetable oil

Comptroller Malanta also disclosed that the command raked in a whopping N790.6 billion in the reviewed period, which translated to a 29.8 per cent increase or N181.5 billion from the figures of same time last year.

He expressed optimism that by the end of December this year, the revenue figure would be topped up to N1.1trillion.

“In the period under review, the command has collected revenue to the tune of N790,630,406,980.96. This shows an exponential improvement of N181.5 billion as against N609 billion naira collected in the corresponding months of the year 2021, representing 29.8 per cent increment. 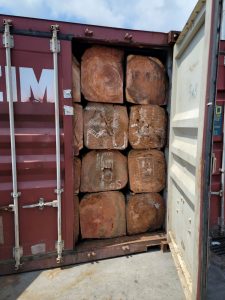 “This remarkable achievement was made possible because of our officers’ tireless commitment to ensure that all revenue leakages are being mitigated, as well as sustaining the level of compliance by the importers/stakeholders in the clearance value chain”, he disclosed.

The CAC added, “I can assure you that by the end of December, we should be able to hit N1.1 trillion”.

According to Malanta, smugglers trying to perpetrate ills in the area, did not have it easy as a total of 145 seizures of various items with a duty paid value (DPV) of N12.5 billion were made. 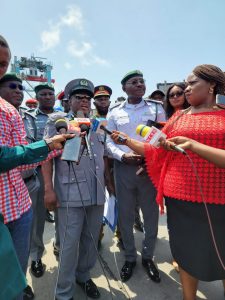 “These importations are in clear breach of Section 46 and 47 of Customs and Excise Management Act, CEMA CAP C45 LFN 2004”, he emphasized.

The CAC reiterated the command’s resolve to continue to facilitate legitimate trade in the area while ensuring that all illegal activities would not be tolerated.

He urged stakeholders to “join hands with the command and ensure that items that are on the import/export prohibition list are strictly adhered to, and urge them to embrace the emerging realities of Customs examination through non-intrusive inspection (NII) regime”.

Earlier, the Controller had made it clear that the scanning of goods in the port had come to stay and advised those planning to sabotage the process to have a rethink.

He admitted that the scanning process was experiencing some expected teething problems having been stopped since eight years ago.

He assured that the system was being perfected with the command initially targeting to have scanned, 150 containers per day. 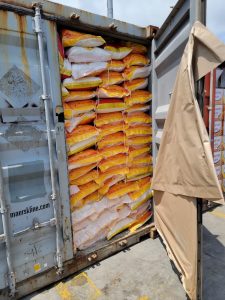 Bags of rice in a container

However, according to him, the shipping companies had advanced reasons why they could not do more than 100 daily, a move he said had been accepted by them.

Malanta added that the 30 minutes time lag for the positioning of containers for examination had been brought down to 15 minutes. He added that very soon the command would commence the pre-scanning of goods at the ship side as it was the international standard practice.

How Nigerians Flood Country With Tramadol From India