It was an uneasy calm yesterday at the Apapa office of the Nigerian Maritime Administration and Safety Agency (NIMASA) as the House of Representatives Committee on Maritime Education, Safety and Administration threatened to allocate no funds to the agency for its poor performance in 2017.

The Committee on oversight visit had frowned at the low performance of the 2017 appropriation budget of the agency.

The National Assembly had approved N169.1 billion as the agency’s total budget for 2017 with N14.6 billion being for capital projects. However, the agency only spent N5.5 billion from the bulk, a development the Committee said was not good enough.

At the Wednesday oversight visit, the Chairman of the Committee, Hon. Muhammed Umar Bago, therefore threatened zero allocation for the agency in 2018 if its 2017 capital budget is not fully expended.

Bago said the lawmakers could not continue to appropriate money to agencies that would not utilize it.

He also urged NIMASA to step up in its coastal security and guards to chase criminals out of the nation’s territorial waters.

“We did a public hearing on this issue and the Chinese especially have taken over fish trawling business and that is wrong. That is why we are asking NIMASA to step up its game. If it is resources they want, we will make provisions to them appropriately but we must wake up to the reality. We must protect our water and give our indigenous businessmen opportunity to do their business,” he said.

On his part, the Director-General of NIMASA, Dakuku Peterside, however disagreed with the Committee chairman saying the agency had expended 80 per cent of its allocation on capital project.

In his words, “I think we didn’t quite get the Chairman. We have made over 80 per cent accomplishment of the capital budget provision though we have challenges in few because we have to go through the regimented procurement process but I believe that we should be able to get to 100 per cent. But if we can’t get to 100 percent, with 80 per cent accomplishment we have done our best.” 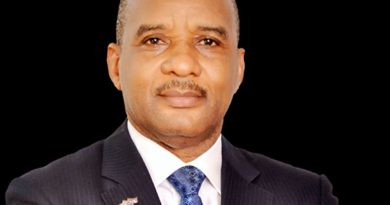 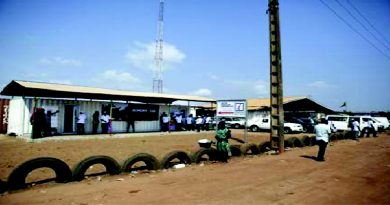