The call by the Transportation Minister, Hon. Chibuike Amaechi on indigenous shipowners to come together under one body or set up an equity holding company to be able to receive the Cabotage Vessel Financing Fund (CVFF) is receiving the attention of the shipowners.

Amaechi had last week Thursday said it was the only condition that will make the federal government release the fund to the shipowners who have been clamouring for it over the years.

The Vice President of Nigeria Shipowners’ Association, Alhaji Aminu Umar said the association will discuss the statement credited the Minister during its next meeting.

Umar in telephone chat with SHIPPING DAY said the association was ready to do anything that will bring about development in the nation’s indigenous shipping industry.

He said that his association will reach out to other associations of ship owners in the country based on what the Minister said on CVFF.

It was also gathered that other associations will discuss the Minister’s position during their next meeting.

While giving the shipowners an option of choosing between coming together under one body to receive the money or set up a company which will be given the fund to acquire a ship, Amaechi said it was left for the shipowners to take a critical decision on the matter.

Amaechi said, “Unless they agree that we give the whole of the money to one person and hold the person responsible or they come together as a Co-operative or association and hold equity to an investment that brought that money . They have to find a solution”.

Why we issue clearing licenses to foreigners – Nigeria Customs 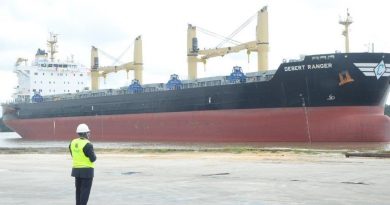