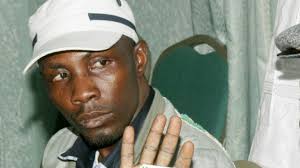 GWVSL is owned by ex-militant leader, Government Ekpemukpolo (aka Tompolo).

Addressing journalists at the premiere of a documentary produced in honour of the late Captain on Thursday in Lagos, son of the deceased, Kevin Itima, said Captain Winifred Itima, who was his father’s elder brother, allegedly took over the company shortly after his father’s death and has refused to give account of the finances of the company to the family till date.

According to him, his father executed many contracts running into several millions of naira with the Nigerian Maritime Administration and Safety Agency (NIMASA), most of which were not paid for before his death and has remained unaccounted for till date.

According to Ships & Ports, the young Itima said at the moment, the family has instituted a civil case against Captain Winifred, but would not hesitate to petition the EFCC to commence a probe into the finances of the company.

He said, “I already have two lawyers that have been bought off so if EFCC could take up this issue that would be fine because we can’t rule out the possibility of a criminal case and we have enough evidence.

“To have the specific sum that has been misappropriated, we will need the account records but we don’t have it. There has not been any formal meeting with what is going on with the company, the shareholdings, and with compensation. Regardless of how much we have asked, we did not get any response.

“I have asked my uncle personally, even if it is not the statement of account, just tell us about the company itself, but he would not. We have expressed the want but now it is a demand from him and this has created a rift in the family.”

Kevin Itima, a United States based producer and filmmaker said the documentary titled “The Price of a Dream” was produced with the purpose of honouring the memory of his father and the huge sacrifice he made towards the development of the country especially the Niger Delta region.

He said his father established the company in 2009 to combat piracy and other associated crimes plaguing Nigeria’s territorial waters in partnership with NIMASA as part of his contribution to salvaging Nigeria’s maritime domain, using his wealth of experience as a master mariner from the United States.

Kevin said some “vested interest” killed his father as against the report they were made to believe that he fell off a boat and drowned.

He added that Captain Winifred also terminated the employment of his elder brother, Zion Itima shortly after his father’s death.

“I personally believed my father was murdered because he was the most experience seaman on that vessel. In the dead of the night, a wave came and killed only one man, the man who owns the company.

“I can believe that if he fell off the boat and struck his head and he was incapacitated, he couldn’t swim, that will make some sense, but to just fall in the water and die without trying to save himself doesn’t make any sense. The story is so inconclusive. So I believe he was killed,” he said.

ANLCA charges members to brace up for $3.4trln AfCFTA deal