As the election into the Governing Council of the Council for the Regulation of Freight Forwarding in Nigeria (CRFFN) slated for July 7, 2018, is hours away, one of the contending parties, the National Council of Managing Directors of Licensed Customs Agents (NCMDLCA), has disowned its candidate, Mr. Dikeanwah Austin Kelly.

The group in a press statement, titled “On the CRFFN Governing Council Election”, alleged that Mr. Austin Kelly was not only handpicked by his cohorts and imposed on it but that he evaded a Police invitation on a forgery case currently pending in court and as such not qualified to contest.

On June 25, 2018, the NCMDLCA had written a petition to the Nigerian Shippers’ Council (NSC) disclaiming Dikeanwah Austin Kelly and Festus Ukwu, the Acting Secretary, as their representatives in the buildup activities to the CRFFN election.

However, the press statement citing a court action against Mr. Kelly stated thus: “The Elders’ Council and the entire executive of the first plaintiff and the second plaintiff in the said suit having scanned the content of the text message rescheduling the two-time postponed CRFFN Governing Council election for 7th July, 2018 by the Registrar of CRFFN as reported by …on 2nd July, 2018, having duly served the defendants pre-action notice, originating summon and motion on notice before the rescheduling of the said election by the Registrar of CRFFN, Mr. Mike Jukwe, have resolved to remind the defendants to wit:

It went further, “That in the course of trial, the plaintiff observed that its stamp and letterhead papers were forged by the defendants and consequently petitioned the Police.

“That on getting the information about the said petition, Austin Kelly Dike and two others evaded Police investigation.

“That the Police after discreet investigation charged two suspects, who honoured the said invitation to court on forgery before His Honour Chief Magistrate O.A. Ogala of Court 6, Ebute Emeta, Lagos in charge number F/23/A/2010 and suit number MISC/MCA/144/2010 of 21st April, 2010.

“That suddenly, Dikeanwah Austin Kelly was handpicked from his incommunicado and imposed on the plaintiff by his cohorts, screened by CRFFN to take up the only slot for the plaintiff by virtue of CRFFN Act 16, 2007.

“That despite all the plaintiff’s effort for a credible election, the Registrar of CRFFN has swept our complaints under the carpet.

“In the circumstance, we the plaintiff, by this press release remind the defendants that the said suit has already been assigned to a judge and hearing will soon commence”. 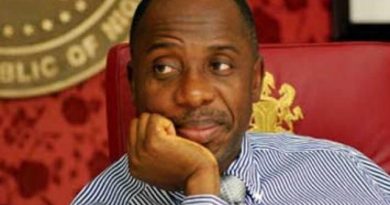