Product tanker STAR BALBOA is stuck at Port of Spain anchorage, Trinidad and Tobago, since Aug 29. Tanker was detained shortly after arrival, on a drug trafficking suspicion, says local news outlet “NEWSDAY Trinidad and Tobago”. Local law enforcement, tipped off by the US DEA, is searching tanker for drugs ever since, found nothing, and in bitter disappointment, but still hoping for “happy end”, demanded cargo tanks to be emptied of their cargo, to continue search. To enliven bleak existence of the crew, authorities found nearly all of them to be positive tested, so for the crew, it’s fun all around, 24/7. A team of lawyers representing tanker owner and crew, are trying to stop this insanity and release tanker, while owner demands compensation of US$11,700 daily, starting Sep 2. DEA meanwhile, said they’re ready to intervene and assist local anti-drug counterparts in their search. Isn’t seamen life romantic and adventurous?
11/10/2020, 1:40 pm – +234 802 305 3834: . Former P&O Cruise Ship Slated to Become Floating Community off Panama
cruise ship Pacific Dawn to be converted to floating community in PanamaFormer P&O cruise ship will reportedly be a floating community off Panama – courtesy Ocean Builders
P&O Cruises Australia’s former cruise ship the Pacific Dawn has reportedly found a unique new life as a floating community permanently anchored in the Gulf of Panama.

A company called Ocean Builders that is also developing “floating, off-grid seapod homes,” has reported entered into a deal to acquire the once pioneering cruise ship. The ship, which was built in 1991 and operated most of its career with Princess Cruises and P&O Australia, is being sold by P&O’s parent company Carnival Corporation as they work to rationalize their fleet accelerating disposals due to the impact of the pandemic on the cruising.

According to Chad Elwartowski, COO of Ocean Builders and a key investor, the company is scheduled to take delivery of the cruise ship on November 4 in the Mediterranean. They are working with Columbia Cruise Services to take care of the management of the operations of the ship which will be renamed Satoshi. the name used for the smallest unit of bitcoin.

Elwartowski, an American bitcoin entrepreneur, is also known for being a pioneer in a movement called Seasteading, the concept of creating permanent dwellings at sea outside the territory claimed by government. In 2019, he and his Thai girlfriend ran afoul of the Thai government which seized his floating home that had been 12 miles off the coast of Thailand. The government accused the couple of violating the country’s sovereignty.

Talking about his new project Elwartowski says, “We look forward to creating a hub for technology and innovation here in Panama. Our goal is to figure out how to live sustainably on the sea and chart new waters in this new frontier.” He says the goal is to be a technology incubator hub for entrepreneurs, expats, digital nomads, and cryptocurrency companies that want to test their technology in a controlled environment. In addition, to residents, Ocean Builders says vacation rentals will be made available on the ship and they will offer areas for research and office space.

Also being referred to as “The Crypto Cruise Ship,” Ocean Builders plans to begin auctioning of cabins on November 5, the day after they take ownership of the former Pacific Dawn. Starting with the staterooms on Deck 10, they plan to sell them in “a similar fashion to a condo.” Buyers will acquire full, indefinite ownership of their cabin paying a monthly fee to cover operating expenses and subject to condo-style rules.

The plan is to offer cabins for sale one deck at a time moving down the ship’s decks as they sell out on one deck. According to Elwartowski, “Our idea for families with children is to buy a balcony or ocean view room for the parents and purchase a cheaper interior room across the hall for the children. We would like to think of your cabin as your bedroom while your living room is the rest of the ship.” People buying adjacent cabins would be permitted to add doors or join two cabins, “as long as there is no bulkhead between them.”

Residents will also have access to all of the ship’s amenities ranging from the restaurants to bars, lounges, and casinos as well as the fitness center. The commercial space will be operated by individual companies and Ocean Builders is hoping to attract business owners to operate those spaces while living aboard.

Residents will either pay as you go for services or Ocean Builders plan to offer meal plans. Because the cabins will not be retrofitted into apartments with kitchens, residents will be eligible for a 20 percent discount at all the restaurants. In keeping with the crypto-spirit and technology incubator, they say they will accept bitcoin for all purchases on board.

Ocean Builders says they are taking advantage of the current downturn in the cruise industry to expand its operations in Panama. They report that they recently began construction on their residential community on the Caribbean side of Panama and they plan to use a portion of the ship’s former crew cabins to house employees as the company expands operations to the Pacific coast of Panama.

The Crypto Cruise Ship is being prepared to set sail from the Mediterranean and will anchor in the Gulf of Panama. It will be a 30-minute ferry ride from the ship to reach Panama City. Ship operations will be run by a spinoff company called Viva Vivas.

According to the current plan, the Satoshi would be available for residency early in 2021 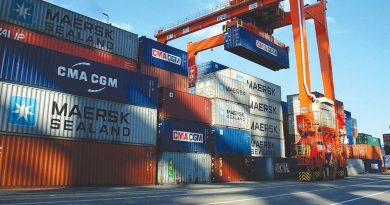