The National President of the Association of Nigerian Licensed Customs Agents (ANLCA) has asked his members to immediately key into the African Continental Free Trade Agreement (AfCFTA), which has huge potentials.

He made it clear that the trade agreement, which was worth $3.4 trillion, involving 1.3 billion people across 55 countries, was quite huge to be ignored.

“We as Customs brokers, have roles to play in keeping intra-African trade and ensuring seamless cargo movement within and outside our continent. Therefore, I urge you all to approach this emerging basket of opportunities with optimism and positive minds towards making the best of it”, Nwabunike said.

He also charged them to begin to sharpen their ICT capacities for trade purposes, even as he told them to embrace international languages in preparation for the AfCFTA. The languages, he listed as French, Mandarin or Chinese, Arabic and others, for ease of communication.

On the election proper, Nwabunike, popularly called Iju, said, “These elections are pivots for our ever strong unity. It’s a routine among distinguished practitioners and I must reiterate that you all are ambassadors of the great ANLCA. We all are Victors. No one is a loser in this association”.

He however, urged those that would eventually emerge to take a cue from the national body by embracing programmes of development such as training and retraining of members.

Similarly, the ANLCA boss charged all the leaders at whatever level, to have listening ears and “be willing at all times to solve all your operational problems brought before them by our members”. 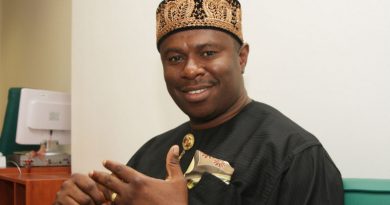