The Nigerian Ports Authority (NPA) says it is going to adopt stricter licensing procedure for barge operations in the nation’s waters.

This, it maintains, as a way of stemming the inherent abuses the sector has been subjected to by stakeholders in recent times.

Disclosing this to journalists Monday, was the Managing Director, Ms Hadiza Bala-Usman, who observed that barge operation was intended to ameliorate the hardship on the Apapa traffic.

Usman, who spoke in a virtual meeting with journalists, also revealed that from Thursday, February 27, 2021, any stray truck found on Apapa road, would be impounded. This, she said, was because the Electronic Truck Call-up system introduced by NPA, would kick off that day.

According to her, eight truck parks had been approved as parking lots for truckers doing business in Lagos ports.

She also asserted that the Authority would come hard on shipping companies failing to provide holding bays for their empty containers, at least 65 per cent of their annual take.

She added that importers and their agents would be qualified for the refund of container deposits made whenever empty boxes had made their way to such holding bays.

The NPA boss expressed optimism on improved shipping in the country with the expected delivery on approved deep seaports in different locations, citing Onne, Lekki in Lagos, Ibom in Akwa Ibom, as examples. 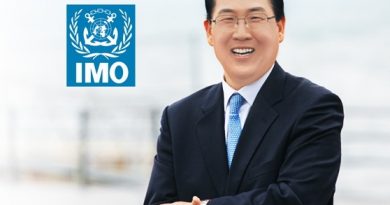