As maritime stakeholders watch with cautious optimism, the apparent ease of traffic since six days the Electronic Call-up system (EOP) was introduced by the Nigerian Ports Authority (NPA), a frontline customs agent, Comrade Emeka Enwelu, says it is not yet uhuru.

According to the Chairman/Chief Executive Officer, MacManuel Global Logistics Limited, until shipping companies are made to halt the idea of turning the country to a dumping ground for expired containers, the traffic situation in Apapa and environs, would not improve.

He however, commended the NPA for the initiative, which he noted appeared to be yielding positive results but warned that until shipping firms did the needful, the situation would continue to witness hiccups.

“Well, NPA is trying, but that is not the real issue. The shipping companies have turned Nigeria to a dumping ground for disused containers and that is why they are not keen to take them back to their home countries.

“Ordinarily, the shipping companies, after bringing in goods to the country, ought to take back some percentage of the containers to their home bases but they don’t do that because majority of the boxes have expired. So, it’s better such containers are abandoned here in Nigeria. That is why they are not interested in providing holding bays for the containers. I think it’s high time the Nigerian Shippers’ Council began serious regulation of their operations here in Nigeria”, Comrade Enwelu maintained.

He also observed that much of the traffic crisis could be attributed to the acts of omission or commission of the shipping firms, pointing out that they were supposed to establish holding bays for empty containers but that had not happened. The Vice President, National Council of Managing Director of Licensed Customs Agents (NCMDLCA), wondered if the authorities had taken time off to verify the veracity of claims of the companies of having such facilities on ground.

In his words, “Shipping companies are expected to have holding bays for empty containers in order to decongest the port access roads of vehicles queuing up endlessly to drop boxes at the terminals. They claim to have such facilities. Has anybody gone to inspect the places to find out if such exist and also ascertain their suitability for their expected functions?”

He made it clear that until such facilities are put in place and the activities of the companies and terminal operators were adequately regulated by Shippers’ Council, the traffic crisis would continue to linger. He described the operations of the two critical stakeholders as a major determinant of the extent to which the NPA initiative would thrive.

The former Chairman of the Apapa Port Complex Chapter of the National Council, cautioned the construction firm handling the port access roads to be sensitive to the plight of road users in its operations. He, for instance, could not understand why the two lanes of the Apapa-Oshodi Expressways that had been reasonably completed, were still closed to traffic.

Enwelu advised that the construction firm should have been sympathetic to the plight of road users by opening up, even if partially, some of the portions that had been completed rather than shutting both lanes in the midst of stranded cargoes desiring evacuation.

“I think the construction company handling, especially the Tin Can Island-Mile Two axis, should have been more sensitive to the plight of the people. How can you block the two lanes of the road when work is almost completed? The right thing to do, I think, should have been to open it a little, even if intermittently to enable people and vehicles move freely. It’s not right to block the two lanes at the same time thereby leaving everybody to struggle for exit through the Apapa-Ijora axis”, the MacManuel Global Logistics Limited boss insisted. 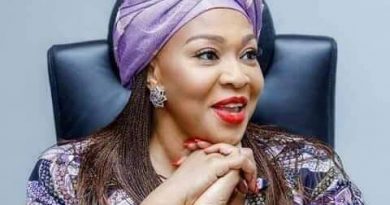