Nigeria is to leverage on its status as Africa’s biggest economy to actualize the country’s dream of becoming a maritime hub in the region, so says the Acting Managing Director of the Nigerian Ports Authority (NPA), Mohammed Bello-Koko.

To achieve this, he notes that the country is doing so through investments in modern deep seaports that would attract very large merchant vessels with the attendant multiple socio-economic benefits, as well as boost port revenue performance.

Bello-Koko made the comment at the first retreat for the reconstituted Board of Directors of the Authority, with the theme “Expanding the Frontiers of Service Excellence” which ended last weekend in Abeokuta, Ogun State.

Speaking on the new direction and measures being put in place to actualize the Authority’s aspirations, the acting NPA boss explained that a lot had been done, especially in the last few months to resolve most of the identified constraints to efficient movement of cargoes to and from port locations.

“Nigeria accounts for about 70 per cent of cargoes imported into West and Central Africa and the country controls an impressive stretch of the Atlantic Ocean. Nigeria’s rich aquatic endowments and her border with landlocked nations makes development of deep seaports a huge potential revenue earner for the nation.

The move towards earning the status of hub in the region is in line with our new vision statement which was adopted at the recent NPA Management retreat, “To Be The Maritime Logistics Hub For Sustainable Port System In Africa”, he said. 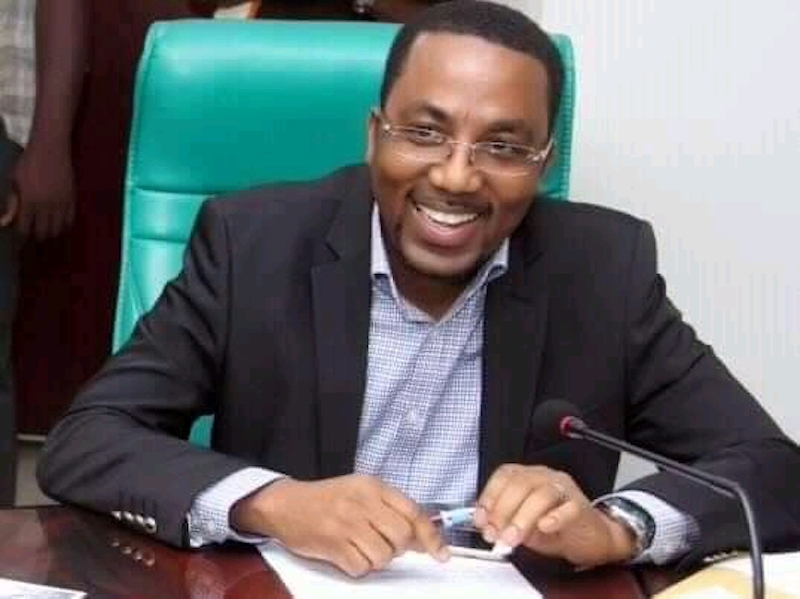 While describing the board retreat as very timely, he stated that it signposted a unity of purpose and shared vision, where the executive management working closely with every section, unit, department, division and directorate, embraced an all-inclusive strategic outcomes for the Authority with the requisite buy-in of the Board.

“In appreciation of this, I will like to crave the understanding of the Board with regards to executive management’s limitations in actualizing some of our goals and objectives, which I am sure distinguished board members must have noticed in the course of the tour of ports that preceded this retreat”, he added.

Bello-Koko informed the Board that recent interventions made by the Authority had led to significant improvement in terms of ship and cargo dwelltime at the port. He however, explained that “some of the benchmarks we are yet to achieve are dependent on externalities and variables that require concerted inter-agency actions, which the Authority, despite dogged efforts is yet to optimally achieve owing to systemic administrative constraints and red tapism, including conflicting directives from the agencies operating within the port value chain and reporting to different supervising Ministries with jurisdictional overlaps and duplication of functions”, he stressed.

He further informed the Board that concerted efforts were being made to expand the revenue streams of the Authority, in addition to revenue from traditional port operations. According to him, “unlike the practice in our sister francophone countries where government funds dredging of ports, we are responsible for funding ours which put a lot of strain on our resources and capacity to invest in critical port infrastructure.

“We are facing decaying port infrastructure, for example sections of the quay aprons or walls at Tin Can Island Port, Onne, Delta and Calabar ports are collapsing and require huge funds to repair them. With the increasing pressure to remit more revenue to the Consolidated Revenue Fund (CRF) of the Federation, it has become very difficult to have sufficient funds to attend to these decaying facilities, hence the need to explore alternative funding sources outside the traditional port service offerings” he stated.

The NPA acting Managing Director disclosed that the Authority’s Management had began to explore smart ways to boost the revenue performance of the organization.

He explained that the Authority was blessed with prime real estate which could serve as alternative funding sources outside the regular budget.

“NPA has a lot of high value landed properties in Onne, Snake Island, and Takwa Bay that are designated free trade zones and mostly allocated but with poor arterial road network and other infrastructure to make them attractive for private investments which would bring good revenue to the Authority and Federal Government.

“Management will need the support of the Board to drive the process of alternative revenue sources to actualize the lofty aspirations of the Authority”, he posited.

Bello-Koko also touched on efforts by the Management to make Nigerian seaports more business-friendly. In his words,     “we have been able to deploy technology to address the perennial traffic gridlock that has been frustrating the conduct of business around the Lagos ports corridor. A software application code named “eto” is gradually restoring sanity to trucking business despite the initial teething problems and resistance by vested interests hitherto profiting from the chaos.

“The Authority has accredited 33 private truck terminals within the Lagos area, in addition to the Lilypond Truck Transit Park and Tin Can Island Port Truck Transit Park, to ensure trucks do not park indiscriminately on the access roads and would only be allowed to transit to the port after obtaining electronic tickets via the “eto” call-up platform”.

The Authority is collaborating with the Lagos State Government to ensure enforcement and compliance with the e-call up system, he said.

Other solutions being implemented is the push to link all seaports to the national rail network as well optimize the use of the inland waterways through the transfer of cargo or containers via barges.

Bello-Koko equally acknowledged recent steps taken by the Ministry of Transportation and the Authority towards the timely execution of the new green-field deep seaport to be domiciled in Bonny, Rivers State.

The Bonny seaport project, boosted by two major railway projects, he observed, would massively transform the economic landscape of the country, particularly the South South and South Eastern regions.

“Meanwhile, on the South Western axis is the Lekki Deep Seaport which should be operational next year. The two port projects will usher a new vista of economic prosperity and further consolidate the country’s status as gateway to the African economy”, he noted.

Earlier in his welcome address, Chairman of the Board, Mr.Emmanuel Adesoye, described the retreat as an opportunity for the Board and Management “not just to rethink our strategies, structures and systems for effective service delivery, but also to unwind, reconnect and strengthen our bonds as team players committed to upholding excellence”, he remarked.

The Chairman called for clear and deliberate efforts by the NPA towards efficient operations, competitive and diversified export driven economy; a strong and incentive based system aligned with win-win relationships to enhance profitability and productivity for the concessionaires, NPA, and the Nigerian State; increase in alternative revenue streams; and effective collaboration based on transparency and constant communication with all relevant stakeholders across the port value chain. 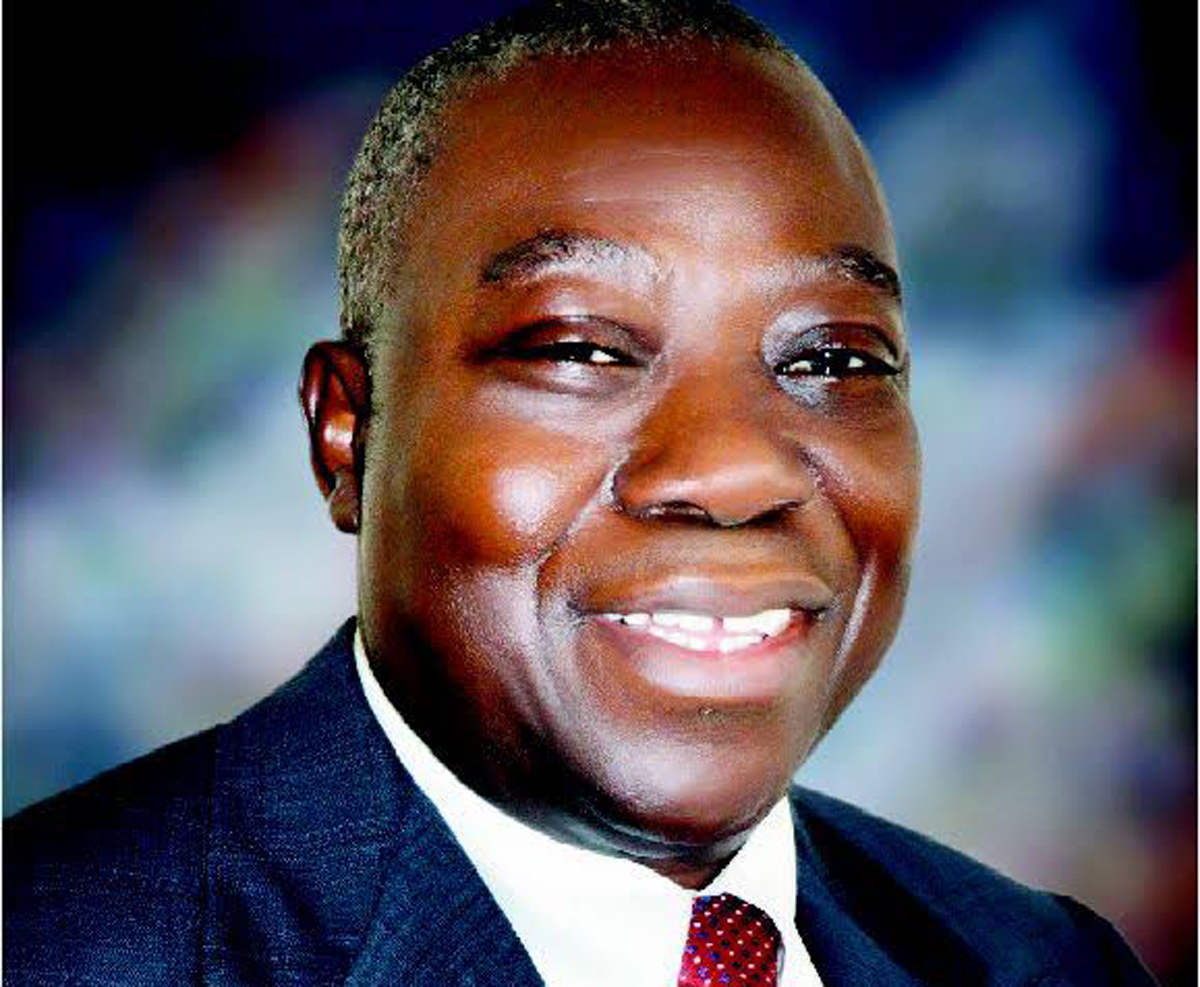 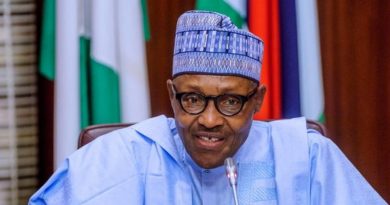 Immediate disbursement of CVFF, a must for shipping development – FG