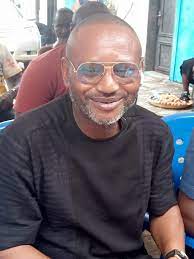 It was an occasion of glitz and glamour as the National Association of Government Approved Freight Forwarders (NAGAFF) last Monday, officially unveiled its big ‘masquerade carrier’, Hon. Tochukwu Ezisi, as new National President.

At the Rockview Hotel, Apapa, Lagos, where the big ‘masquerade carrier’ was unveiled was a retinue of dignitaries from various walks of life including maritime industry operators, representatives of government agencies, traditional rulers and media practitioners.

For Dr. Boniface Okechukwu Aniebonam, the NAGAFF Founder, who for years has been on a frantic search mission for ‘the masquerade carrier’, his joy knew no bounds as he made a no-holds-barred speech that excited or stunned many. He held the audience spell bound for more than 30 minutes, reeling out his experience in the search for a NAGAFF leader. According to him, he looked forward to a personality of character, resources and connection who could carry the masquerade for NAGAFF as he was winding down from both politics and business. He recalled that 15 years ago, he stepped down as the association’s National President and decided to go off the stage having paid his due in the industry. He however disclosed that having failed to find a worthy ‘masquerade carrier’, he recanted and made a U-turn; hence he was still holding sway in NAGAFF. With Tochukwu Ezisi’s emergence, he said he could comfortably now go home to rest as the man had all the qualities of a ‘big masquerade carrier”.

Ezisi, flanked by wife, taking the oath of office

Aniebonam in his true nature, told the new NAGAFF boss to show leadership by taking charge from day one, expressing disappointment that he could not find any firm policy statement in his (Ezisi) address. He also faulted him for waving an olive branch at some recalcitrant members but however commended him for making it obvious in his speech that “it will no longer be business as usual”. The NAGAFF founder reminded Ezisi that it was better a leader took a wrong decision than not taking one at all. He cited the case of the Association of Nigerian Licensed Customs Agents (ANLCA) where some recalcitrant members were daily tormenting their President for no just cause. He recalled his having advised their leader, Hon. Iju Tony Nwabunike to take charge, which he heeded by expelling the dissidents resulting in the prevalent peace that ANLCA was enjoying presently.

In his goodwill message, the ANLCA President, Hon. Nwabunike commended NAGAFF for its dogged position in matters of the maritime industry and congratulated the new President. He assured him of the cooperation and collaboration with his group. He regretted that out of naivety the two associations had allowed themselves to be divided by those who did not wish the industry well and vowed that such will never happen again. Nwabunike expressed optimism that with the new-found love between the two sister associations, things would begin to fall in place with the maritime industry.

The Ozubulu, Anambra State born leader, commended NAGAFF for the wonderful work its 100% Compliance Team was doing and hoped that the outfit would also collaborate with ANLCA’s own version, which he observed was equally doing well.

“I must commend NAGAFF for the great work its Compliance Team is doing. Honestly, the Team is performing well. I hope it will also cooperate with our own ANLCA Compliance Team so that things will begin to change in the industry”, Nwabunike said.

The Father of the Day, Eze Joel Egwuonwu, the Ezeudo II of Umuawulu, Anambra State, the home town Aniebonam, congratulated Hon. Ezisi for his ascendancy to the position as the 6th NAGAFF National President. He remarked that his emergence had God’s hand in it, noting that of all the past presidents inaugurated, Ezisi’s was the only one that had him, His Royal Highness, in attendance.

Eze Egwuonwu earnestly prayed for him and wished him a successful tenure, even as he urged NAGFF members to accord him all the support and cooperation he desired in the onerous task of moving the association forward.

The royal father commended Dr. Aniebonam for his great achievements, which he categorized into two – setting up NAGAFF in the maritime sector and founding the New Nigerian Peoples Party (NNPP).

“You people here in Lagos cannot estimate what this great man, Dr. Aniebonam, has done. I call him a great man and indeed, he is one. If he can do what he’s doing in Lagos here, you can then imagine what he has done in his home town, Umuawulu”. Eze Egwuonwu said. He prayed that God continued to keep the NAGAFF Founder so as for him to do more great things in his lifetime.

Earlier in his acceptance speech, the new NAGAFF boss, Hon. Ezisi, thanked Dr. Aniebonam and the leadership and members of the association for choosing him to lead the group and pledged to do his best to move the group forward.

He promised that the welfare of members would be uppermost in his mind as he assured of putting in place a good insurance scheme for them. “I also pledge that with your support, my administration will ensure NAGAFF keys into a good health insurance scheme that will be beneficial to all financial members. Considering our numerical strength, I will negotiate favourable deal with a health insurance policy provider for good product that will be of benefits to members”, he stated.

Ezisi, who was flanked at the occasion by his wife, Mrs. Helen Ezisi, also promised to run “an all-inclusive administration”, even as he solicited for everybody’s support.

One key area he assured of delivering on, was the putting in place of a befitting national secretariat for the 22 years old association for which he has already personally put down the sum of N10 million with other donations from some members making it up to N20 million.

It was gathered that the new NAGAFF leader was shocked to see the array of people that filled the banquet hall and gallery of Rockview Hotel, Apapa. Some other dignitaries at the event included two other traditional rulers from Anambra and Imo states respectively, among several others.

Guests savoured plenty of good food and drinks with cool and scintillating music that went with it in the cool ambience of the Apapa GRA sited hotel. The NAGAFF Ogene Boys were on hand dishing out traditional sounds for which it is known, with which it also used in ushering in and seeing dignitaries off the stage.

Recall that the choice of a successor to Chief Increase Uche was spearheaded by a five-man top NAGAFF team mandated by the association to find out who would “carry the big masquerade” as orchestrated by the Founder, Aniebonam. Over the years he has been worried that there had been a fruitless search for who would pioneer the affairs of the freight forwarding body as he is easing himself out of both business and politics.