More facts have emerged as to why a vessel hitherto belonging to the Nigerian Maritime Administration and Safety Agency (NIMASA) got sunk recently.

Just last Sunday, a video had gone viral on social media where a patrol vessel with the inscription NIMASA–Barugu on it sank in Lagos. The craft belonged to Messers Global West Specialist Vessels Limited (GWSVL). 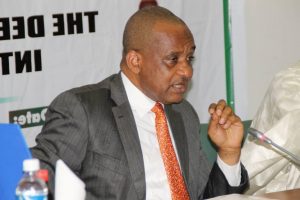 According to a staff of NIMASA, Mr Chukwuma Moghalu, who has given a detailed explanation to what transpired, the Boat was one of the Vessels owned by GWSVL and deployed for patrol during the implementation of a contractual agreement between the Company an the Agency, NIMASA.

He said, “the contract which was entered into in 2012 was for Global West to provide platforms and other equipment for NIMASA to patrol the Nigerian maritime domain effectively in the quest to attain the status of an efficient Maritime Administration. 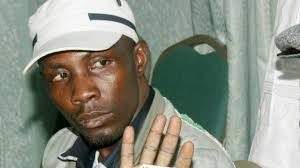 Moghalu went on, “Eventually, GWVSL escaped in a no-case submission against the criminal trial. However, this has nothing to do with the cases instituted by GWVSL against the Agency for claims ranging from breach of contract to demands for further damages for deliberately breaching the contract.

“If GWVSL wants NIMASA to assist with maintenance and other sundry expenses of their vessels, won’t they withdraw or suspend the cases instituted by it against NIMASA? But GWVSL prefers to eat their cake and have it. They insisted on going full steam ahead with the cases while applying all sorts of pressure through NGOs, Government Ministries, including the Media amongst others to force NIMASA to resume making payments to them.
If GWVSL were dealing in good faith, once done with the criminal charges, they should have approached the Agency for settlement.

“But no, instead they went ahead to obtain an arbitration judgement against their erstwhile partners and co-sufferers of the specter of criminal allegations.

“Thereafter, they proceeded to seek an experte court order to enforce the arbitral award and attach the Agency’s accounts, while the Agency was completely unaware against the very doctrines of fairness equity and justice”.

He explained further, “At this point, NIMASA had no option but to begin to defend itself. The Agency had done this resolutely, unflinchingly with single minded focus ignoring the noisy attempts by GWVSL as mentioned earlier to pressurize NIMASA into paying their bills while they awaited the crystallization of the proceeds of unfairly obtained judicial decisions.

“Despite all these obvious challenges, NIMASA Management under this Administration made concerted efforts towards reactivating the few serviceable boats in the fleet of GWSVL, but was constrained by the legal encumbrances due to the nature of the cases in court. As a law abiding entity, NIMASA approached the mater under sound legal advisory”.

Commenting specifically on the sunk craft, Moghalu stated, “At this juncture, it is imperative to state that the vessel which sank on Sunday the third of April somewhere in Kirikiri Lagos is solely the property of GWVSL. The Vessel is in sole possession of GWVSL , and vessel is also under technical and economic control of GWVSL.

“Therefore GWVSL and no one else takes responsibility for the sinking of the vessel.

“Assuming the Vessel sank while trading in Nigerian waters, then the Maritime Administration (MARAD), in this case, NIMASA, could be held liable for issuing safety certification while vessel was unseaworthy.

“NIMASA is not responsible for Vessels kept in anchorage for years without proceeding on any voyage where it may constitute a danger to its crew, other vessels or the marine environment.

“NIMASA can confirm that the crew onboard are safe, and preliminary arrangements to mitigate against pollution of the marine environment around the Kirikiri axis is being made, while signing the area as dangerous to warn other users of the channel. Also worthy of note is that the Agency will be launching on extensive investigation into the circumstances that led to the sinking of a stationary vessel in a sheltered anchorage, free of the pearls of the sea and weather interference, in an unimaginable short time while crew members cheered on like fans in stadium watching Arsenal maul Manchester United at the Emirates”.

Moghalu concluded, “NIMASA as an Agency of Government remains committed to her statutory responsibility of administering safety and regulating the industry within the ambit of every legal framework. 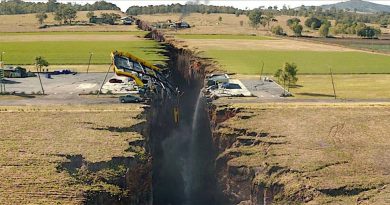