Participants at the Nigeria Union of Journalists (NUJ), Lagos State Council, workshop on Tuesday, called for policies that would reduce high cost of business in the country for the nation to tap fully the benefits of the African Continental Free Trade Agreement (AfCFTA).

The forum with theme, “The AfCFTA Challenge On Nigerian Businesses”, held at the Lagos Airport Hotel, Ikeja, Lagos, observed that high cost of doing business in the country had rendered Nigerian products uncompetitive.

It feared that this lack of competitiveness could deny the country the benefits of the regional initiative, if not properly addressed. 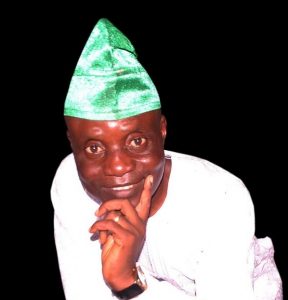 It was the consensus of the workshop participants that if all the factors that gave room to business uncompetitiveness were adequately addressed, Nigeria would be the country to beat in AfCFTA benefits considering its enormous resources.

Setting the ball rolling for the day was the lead speaker, Fwdr. Francis Omotosho, who made a presentation on “How Nigerian Businesses Can Key Into AfCFTA Concept”, giving a graphic interpretation of what the initiative is all about. 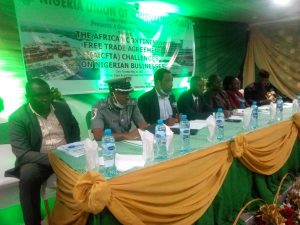 Dignitaries at the event

He described AfCFTA) as the “flagship project of the African Union’s Agenda 2063, a blueprint for attaining inclusive and sustainable development across the continent over the next 50 years”.

Omotosho, who is the Registrar of NAGAFF Academy, a specialized pioneer institute for the training and retraining of freight forwarders in Nigeria, however regretted that there was a lot of impediments to Nigerian businesses leading to high production costs. 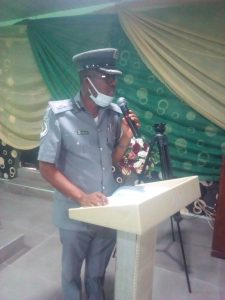 As a result of these anomalies, he feared that the country might lose out if something drastic was not done to address the situation. He lamented that because of the problem, Cote D’Ivoire was presently being seen by the shipping community as the business hub of Africa instead of Nigeria with all her population and other advantages.

After pointing out other impediments to AfCFTA, he listed things that should be put in place for the scheme to thrive in the country such as access to information communication technology facilities and access to education. 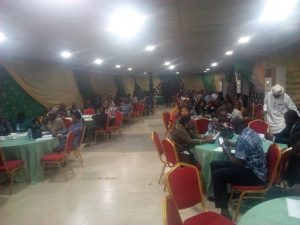 Participants at the event

Others were “acceptable single African trade currency, 24 hours operations at land border posts, airports and seaports in Nigeria; 24 hours bank services operations and wide connectivity across Africa, among others”, he also listed as conditions.

For the nation’s manufacturers, AfCFTA “Offers the largest single market of over 1.2 billion people and over $3.4 trillion. It presents a unique opportunity for ramping up production and upscaling trade volume”.

According to the manufacturers, represented by the Manufacturers Association of Nigeria (MAN), it would “potentially lead to reduction in unemployment and poverty” and “boost Africa’s export by over $560 billion; income by $460 billion, 70 million of Africans out of poverty with Wage Gain of 10 per cent+ (WB)”.

MAN’s Director, Research and Advocacy, Dr. Oluwaseun Osidipe, summed up the constraints of the group this way: “It must be noted that the biggest and obvious constraint to Nigeria’s gainful participation in AfCFTA would be the prevailing macroeconomic ambience, high cost operating environment and uncompetitive stance of the economy”. 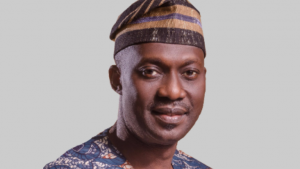 He went on, “Performance of the sector has been low; contribution to African GDP is about 11.6 per cent, which is about 5.4 per cent below the global average. A vibrant and competitive manufacturing base experiencing steady growth is highly required to increase the volume and value of intra-African trade”.

Osodipe, whose presentation was titled, “AfCFTA: Hurdles Before Nigerian Manufacturers”, therefore urged that the “Nigerian Government needs to commit resources to the manufacturing sector as it has done for years with the oil sector.

“The manufacturing sector has the potentials to change the prevailing economic performance narrative and contribute more than the oil sector if the environment is conducive for production.

“Clearly, manufacturers are not afraid of competition as the industry is well positioned technically to strive in the regional market, but the environment is currently extremely harsh for healthy competition.

“Therefore, addressing the infrastructural, macroeconomic and environmental challenges will reposition the sector on the path of competitiveness and enhance its effective participation in the Continental trading arrangement”.

The Comptroller-General of Nigeria Customs Service (NCS), Col. Hammed Ali (Retd), represented by Deputy Comptroller Musa Omale, noted that revenue would increase when trade was facilitated even under AfCFTA regime.

He made it clear that the Service was ready to implement all policies relating to facilitating the AfCFTA scheme.

Omale, who spoke on “Nigeria Customs Service and Trade Facilitation Under AfCFTA”, used the forum to educate participants that the Service never made or initiated policies but was to implement them. 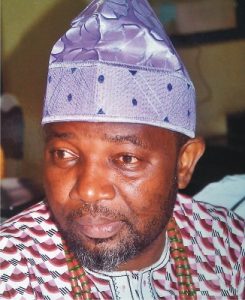 According to him, once directed to implement any policy, the Service would carry out such duties to the benefit of the country with a view to facilitating trade.

Jamoh also listed “Total commitment on the part of the Federal Government and industry players to the ideals of AfCFTA and providing incentives to increase ships flying the Nigeria flag and improving our port state functions” as part of the requirements to tap from the initiative.

The NIMASA boss, who was represented by Mr. Owonubi Olajide, a Deputy Director in the agency, stated Nigeria’s advantages to reap from AfCFTA as “diverse maritime resources including hydrocarbon deposits – over 192 trillion cubic feet of gas and over 37 billion barrels of crude oil”.

Others, according to Jamoh, were “records of successful foreign investments, comprehensive maritime infrastructure – Deep Blue Sea Project, Nigeria is involved in 70 per cent of West and Central Africa inbound sea trade and robust Blue Economy opportunities, among others”. The NIMASA DG, who spoke on “AFCFTA Challenges on Nigeria’s Maritime Security: The Way Out”, stated some of the challenges confronting the nation such as “Corruption, geography, lack of enforcement and coordination, lack of institutional collaborations & synergy and lack of access to innovative funding”

Others were “Legal and strategic framework, inadequate response capacity and infrastructure, lack of political will to advance regional cooperation and limited infrastructure for counter-piracy”.

Jamoh also ensured “Total commitment on the part of the Federal Government and industry players to the ideals of AfCFTA, providing incentives to increase ships flying the Nigerian flag and improving our port state functions, putting the right policies and legislations in place” and others things.

It added “In recognition of the role of NSC in the logistics value chain, the National Action Committee on AfCFTA designated the NSC as the AfCFTA Focal Centre for the transportation sector” stating that “it is the responsibility of the NSC to promote the active participation in AfCFTA by Nigerians shippers.

Speaking on “AFCFTA: Hurdles In Protecting The Nigerian Shipper”, Mrs. Juliana Saka, who represented the Executive Secretary/CEO, Hon. Emmanuel Jime, noted some of the challenges militating against trade.

According to her, they included, “Poor knowledge of shippers on content of the AfCFTA agreement, challenges of high logistics cost in Nigeria, poor infrastructure, low connectivity of the Nigerian ports and export cost/low value of export”.

Others, said Saka, the Export Desk Officer of Shippers’ Council, included, “Cumbersome ports process and procedures, low level of automation, absence of Single Window Platform, wrong declaration by shippers, low number of registered shippers with the Council and paucity of funds to sensitize and train shippers”.

For Nigeria to reap fully from AfCFTA, she advocated the “Rehabilitation of critical road networks that would facilitate local and international trade, development and completion of rail projects to facilitate cargo movement; and installation of adequate warehousing and cold room facilities for perishable cargo at major air and sea ports”.

She also suggested the “completion of critical port efficiency enhancement projects such as access roads, vehicle transit parks, consolidation centres, installation of scanners for cargo inspection and the implementation by the CBN of a favourable exchange rate policy that will promote export-oriented economic growth, among others”. 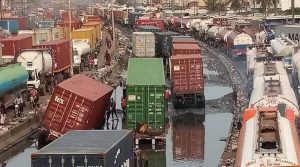 “The implementation of AfCFTA will be a huge step forward for Africa, demonstrating to the world that Africa is emerging as a leader on the global trade agenda, he said.

He added that the scheme presented a veritable opportunity for African countries “to bring 30 million people out of extreme poverty and to raise the income of 68 million others who live on less than $5.50 per day”.

Mr. Ajayi continued, “When the implementation of AfCFTA, trade facilitation measures that cut red-tape and simplify Customs procedures would drive $292 billion of the $450 billion in potential income gains”.

Meanwhile in his opening remark, the Chairman of the occasion, Dr. Eugene Nweke, was optimistic that with faith and total commitment, AfCFTA would be a huge success story.

Nweke, a frontline freight forwarder of note, commended the NUJ, Lagos State Council for being the first to organize such a forum that was dear to the heart of the nation.

He said AfCFTA was a priceless project to the nation and said that everything must be done to get things right so that Nigeria could benefit fully from the scheme.

On the pessimism being expressed in some quarters, even by some participants at the event towards Nigeria’s preparedness, Nweke, the former National President, National Association of Government Approved Freight Forwarders (NAGAFF), dismissed such.

While acknowledging the existence of hurdles to the scheme’s implementation, he assured that the inter-agency committee set up by government to drive AfCFTA, had noted all those and sooner than later, all the issues would be harmonized.

He explained that the goal of the scheme was to remove trade barriers in the continent for seamless trade and noted that Nigeria would be no exception to that.