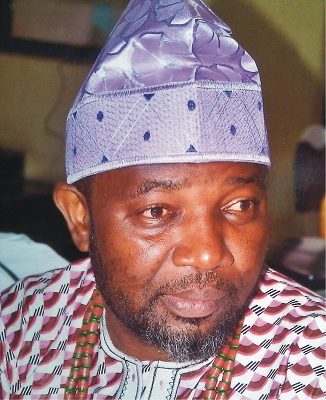 He said the award of the contract was not transparent and has therefore asked the Federal Ministry of Finance to explain to Nigerians the bidding process leading to the concession. 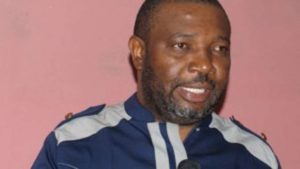 Recall that on May 30, 2022, the government signed a Memorandum of Understanding (MoU) with Trade Modernization Project Limited on Nigeria Customs Service modernization. At the event, the Managing Director of the concessionaire, Dr. Jummai Umar-Ajijola, was quoted to have said that the exercise would deliver $176 billion in 20 years.

Dr. Nweke has therefore accused the Infrastructure Concession Regulatory Commission (ICRC), established to superintend and regulate Public-Private Partnership (PPP), of running what he called a one-man show in the contract award.

“The agency that concessioned the project is a public one and not a one-man enterprise, as such Nigerians have a right to know how and when was the bidding process advertised and who are the bidders and what criteria were used to arrive at the choice of Chinese firms”, he remarked.

Nweke stated that Nigerians were hoodwinked in the contract deal because a non-career Customs officer was at the helm of the affairs of the service; hence the initiators of the deal had their way.

He stated, “Also, may I state the obvious, the present scenario became possible due to the absence of a seasoned career Comptroller General of Customs. I can bet you that no career officer, no matter how unintelligent and corrupt he may be, would accept nor succumb to the concessioning of any aspects of the Customs functions or operations”.

The former NAGAFF boss asserted that the MoU was a continuation of a long-time scheming of a cabal bent on hijacking Nigeria Customs Service’s duties for personal gains, which he noted was detrimental to the country.

He recounted the earlier moves years back to hand over the service to Crown Agents of London, which was resisted by Nigerians and not forgetting the drafting into the system accountants in the name of Professional Import Duty Administrators (PIDA), in addition to pre-shipment and destination inspection agents.

Nweke said he knew these scheming because “I can tell better, because a lot of us were involved, and to say that much has gone into the silent battle to stop these scavengers. When I say battle, I refer to consultation, advocacy and constructive engagements, with facts and figures”.

He took a swipe at the Comptroller-General of Customs (CGC), Col. Hameed Ali (rtd), for claiming that the $3.2 billion e-Customs project would quadruple Customs’ current N210 billion average monthly revenue collections. He demanded to know from the Customs’ boss if was alluding that the humongous sums spent on the service over the years for modernization had been a deliberate waste of resources.

The same poser also went to the Acting Director General of ICRC, Michael Ohiani, whom he said described the project as revolutionary and one that would bring digital smart processes and procedures to Customs’ operations. He also quoted him as saying, “this is a migration from analogue to digital. We urge the concessionaire to stick to the rules of engagement as we will be monitoring the project every step of the way”.

Describing Ohiani’s comment as “shocking”, Nweke posited, “I never believed that all along the NCS has been wasting the tax payers’ funds, going front and back, but dwelling strongly on analogue import and export trade tools applications”.

He berated the ICRC boss for the use of the word “analogue” to describe Customs’ current operations in the face of the many years of digitalization it had gone through, which implied that the service had achieved nothing in computerisation over the years.

“In my opinion, the choice of the word “analogue” was promptly used to show cause that nothing was found on ground, hence, the need to start a fresh e-customs modernization all over again”, he stated.

On the other hand, Nweke, now Head of Research, Sea Empowerment Research Centre, LGT, believed that the development of the Automated System dor Customs Data (ASYCUDA) project was intended to ensure a smoother, fast and transparent goods clearance process.

To him, the service under the ASYCUDA regime, had developed some applications to boost its operations namely, e-manifest, e-payment, e-remittance. e-notifications, e-Government platform for Single Window, among others, for stakeholders involved in international trade.