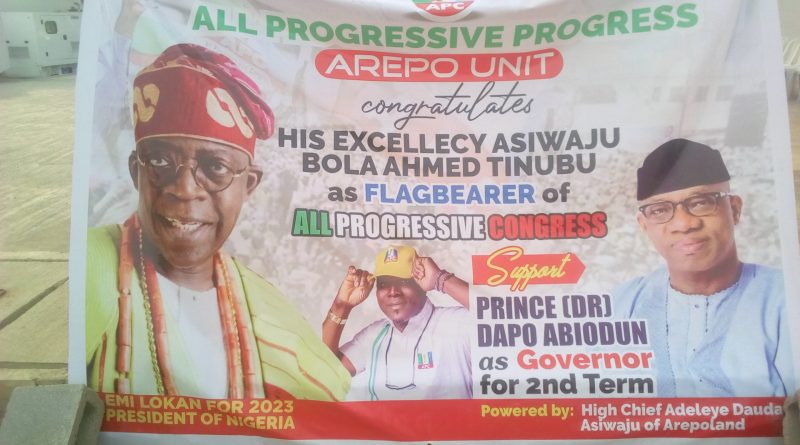 It was celebrations galore in Arepo, Ogun State on Sunday as members of the All Progressives Congress (APC) marked the recent victory of their leader, Asiwaju Bola Ahmed Tinubu at the presidential primaries.

They also celebrated the successful emergence of all APC candidates at various levels in the primaries without hitches. 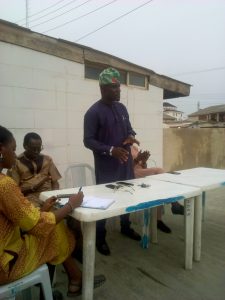 Addressing members at the event held at Kerry Plaza, the party leader in the area, Hon. Odukunle Kuti, thanked them for the wonderful cooperation they had exhibited in moving the party forward.

He used the opportunity to thank the governor of the state, Gov. Dapo Abiodun, for fulfilling his campaign promise of constructing a 2.5 kilometre road in Arepo. 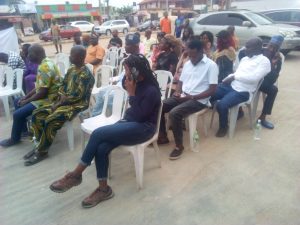 A cross section of party members at the meeting

Kuti disclosed that the governor had capped up the gesture with the donation of a transformer and a generator to Arepo for the powering of the street light.

He also urged members to be at alert for the commissioning of the road which would come up any moment from now, saying that the party in the area planned to celebrate it.

“I can tell you that our party in Arepo here is making progress. You can see it that the governor, during his campaign last time promised to construct our road and he has done it.

“He has also donated one transformer and agenerator that will power our street light. This is the more reason why we, in Arepo should support him to do more”, Kuti said.

He added, “The road will be commissioned any moment from now as the contractor is putting finishing touches on the job. We have to celebrate the commissioning as a way of thanking our governor for the kind gesture”. 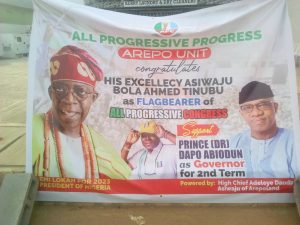 To add to what the party leader said about giving more support to the governor, the Chairman of Arepo Community Development Centre (CDC), Alhaji Ganiyu Kazeem, interjected with an information. He told party members that Gov. Abiodun had approved the establishment of a modern Health Centre in the area.

Continuing, Hon. Kuti, an architect by profession, went down memory lane to trace how Arepo had transformed since 2011 from a Peoples Democratic Party (PDP) dominated zone to the present APC enclave.

He gave kudos to party faithfuls who joined him and others to reposition the APC into what it was presently.

“It is said, it is not over until It’s over. I can tell you our party is no longer a pushover in Ofada Ward and the state in general. This is why must restrategise for greater heights. 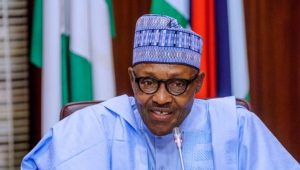 “We must brace up for the greater challenges of the 2023 general elections to ensure that all APC candidates in all the various categories win in Arepo”, he added.

On the concerns of members that many people in Arepo were yet to be captured in INEC registration, he assured that his leadership would try to do something about it but noted that there was a limit to which it could push as the electoral umpire did not belong to the party.

He however, said what was key was for members going out to ensure that all those in possession of their voter’s card voted for the party during the election.

“If there are 10,000 registered voters in Arepo and only 3,000 voted in an election, it’s not good enough. On the other hand, if we record at least 90 per cent, it can be seen that the area has tried”, Kuti said.

Kuti advised that all those yet to be registered or seeking transfer of polling units could do so from any INEC facility in the country and not necessarily in Arepo.

The party resolved to embark on aggressive voter awareness campaign in the area to ensure total victory at the polls come 2023.

Other party faithfuls from Magboro, Ibafon and even Magodo, Lagos State, were on hand to solidarise with their Arepo comrades at the get-together.