In what seemed like a conspiracy, virtually all the government agencies, terminal operators and shipping companies slated to attend a two-day workshop designed to work out a synergy to prevent operational hitches in the port system, shunned the event.

The 100% Compliance Team of the National Association of Government Approved Freight Forwarders (NAGAFF), which has always been at daggers-drawn with key service providers, organized the event as a way of reducing frictions among stakeholders.

The theme of the event, held at the Rockview Hotel, Apapa, Lagos, was “Workshop On Sustainable Synergy With Customs, Shipping Companies, Terminal Operators and Freight Forwarders”.

Unfortunately, only Maersk Line Shipping Company and the Tin Can Island Port (TCIP) sent representatives at the two-day forum, with the others alleged to have been more concerned with the ministerial stakeholders parley that took place on the first day of the event. 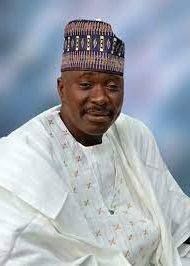 In fact, the absentee stakeholders were blamed for the ills in the port system and their absence perceived as their unpreparedness to make change.

However, while welcoming guests to the event, the 100% Compliance Team leader, Alhaji Ibrahim Tanko, had explained that the forum was designed for critical stakeholders to synergise to avoid hitches and clashes among themselves.

He added that his team was not out to witch-hunt anybody but to ensure that proper things were done in the ports in a seamless manner not just to reduce tension in the system by to reduce cost of doing business.

Tanko therefore solicited the cooperation of all and sundry for a synergy that would make things work in the ports, while assuring that his team was open to good working relationship with the stakeholders.

“The purpose of this event is for us all to put out heads together to see how we can have a good operational system in the ports whereby we will no longer be misunderstanding ourselves.

“My team is not meant to witch-hunt anybody or group but to ensure that the right things are done in the port. We are not happy the way things are done presently and to avoid clashes between freight forwarders and service providers, that is why we said, come, let us talk to chart a course on how we all can work together.

“I know that if we work together we will not only reduce tension arising from dissatisfaction from service consumers but also reduce delays in the system thereby reducing cost of doing business in our ports”, Tanko said.

In his contribution, the Chairman of the occasion, Dr. Eugene Nweke, condemned the agencies of government, shipping firms, terminal operators and others for shunning the event meant to harmonise a synergy among operators in the system.

He made it clear that the major problem bedeviling the Nigerian port was non-compliance with extant laws among the service providers and the consumers; hence a synergy was being sought for through the workshop.

In his words, “I want to commend the organizers of the event for a job well done by bringing us here to seek the way forward for a synergy in the system. This is important because where there is no synergy, nothing works well.

“Unfortunately, most of the people we should be talking to are not here except Maersk Line and the Tin Can Island Port. Where are the rest? You cannot tell me that because the minister is around therefore everybody must go there. Isn’t Maersk Line here? Isn’t Tin Can Port here? They have their representatives there and they are also here. It’s quite unfortunate!

“One major problem we have in the port system is non-compliance with the extant laws governing the system. Non-compliance is not only with the Customs, terminal operators or NPA but also the freight forwarders and their importers. Are you doing the right thing? Do you declare properly what you are carrying?”

Nweke, former NAGAFF President, who later made a presentation, touched on so many issues he saw as the missing links with the Nigerian port system, even when compared with its counterparts in the sub-region.

A major fallout from the event was that Truck Transit Park otherwise known as the TTP, through its ETO Call-up systems, has helped to decongest the traffic corridor in the port city of Apapa.

Its Head, Operations, Mr. Akonoman Irabor, took time to explain how the company had been able to pilot traffic affairs so far, leading to the present ease of movement in Apapa.

He however, observed that there were still some challenges along the way, most of which was extraneous to TTP. He listed them as extortionist tendencies of some traffic managers and security operatives, refusal of truck drivers to play by the rules by jumping queues and their sale of movement tickets to colleagues whose turns were not due.

Irabor pointedly accused some of the drivers of offering their plate numbers to their colleagues for a fee all in a bid to circumvent the law.

He therefore suggested truck owners etching the registration numbers of their vehicles on the windscreens to stem the ugly practice.

In a presentation, he observed that before the coming on board of the company into the system, it was hell for truck owners and their drivers but noted that presently, they were experiencing a new lease of life.

Sanni commended the company for dislodging those he called the cabals that held the sector to ransom over the years, even as he added that TTP had equally assisted in reducing the toll the truck owners were subjected to paying on daily basis.

He however, noted that there were still many areas of hitches that needed attention for the seamless operation of trucks in the system. These he listed as the menace of hoodlums on the port corridors who, he alleged, not only extorted them with the collaboration of their security agents backers but also damaged their vehicles when challenged.

On the complaints of the presence of rickety trucks that constitute a menace in the system, he said it was a reality but disclosed that arrangements were on to checkmate that.

He said plans were in place with some financial institutions on the procurement of brand new trucks for operators with a repayment model that would not be too stressful towards the liquidation of the cost.

AMATO Chairman, Chief Remi Ogungbemi, while commending ETO operators for a good job that had reduced congestion on the road, urged them to ease tension on the road by making their truck movement manifests public.

Chief Ogungbemi stoutly refused to accept the explanations of the TTP representatives that their manifests were being made public on daily basis, insisting that that was never the case.

In his closing remarks, Mr. Bert Okeke, the Coordinator of the event, thanked participants for gracing the occasion and assured them that the communique arising from the two-day workshop would be well circulated including the higheat level of governance in the land.

“I want to thank all of you for coming to make this event great by your presence. We have discussed robustly. I want to thank all those who made presentations including Dr. Eugene Nweke, the TTP team and AMATO. Your remarks and submissions have been well noted.

On behalf of the 100% Compliance Team and the team leader, Alhaji tanko, I can assure you that our communiqué will be ready soon and we will make sure it gets to the highest level of governance in the land. Thank you very much”, Mr. Okeke said. 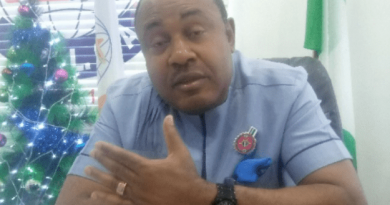 ANLCA: Much ado about tenure elongation 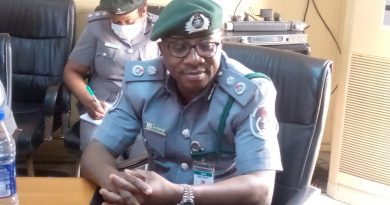