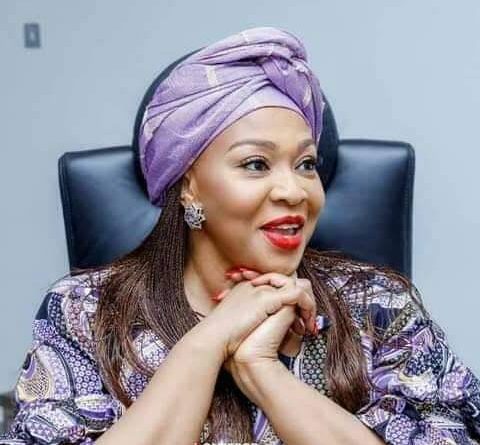 Hope of the eventual disbursement of the Cabotage Vessel Financing Fund (CVFF) was rekindled Friday in Lagos by the Minister of State for Transportation, Hon. Gbemi Saraki.

The minister, who livened up the hope of potential beneficiaries and maritime stakeholders, gave the indication in an interactive session with select maritime journalists at the Eko Hotel & Suites, Victoria Island.

She expressed sadness that the disbursement of the facility, meant for the development of the maritime sector of the economy, had been delayed for too long.

Saraki added that though the guidelines for its disbursement was necessary but pointed out that it did not have to take eternity to be concluded by the relevant body charged with such responsibility. 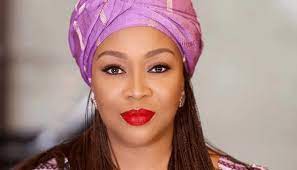 She assured that the guidelines would soon be worked out by the National Assembly (NASS) for the fund to be disbursed to the beneficiaries.

She said the disbursement had become imperative in the face of the challenges of the African Continental Free Trade Agreement (AfCFTA), moreso with the competition Nigeria faced with neighbouring countries.

The minister allayed fears in some quarters on the alleged possible  misappropriation of the Fund, saying the accrued sum of $350 million was still intact.

“I was part of those handling the CVFF issue before now. It is very disheartening that the issue has lingered for many years without any good result. It has to be disbursed.

“Look at AfCFTA and its challenges, especially with our neighbours all around us. Yes, the National Assembly has to pass the guidelines before it can be disbursed but to me, it doesn’t have to take eternity for that to be accomplished.

“I can assure you that no funds are missing. The scheme giving rise to the Fund is an important part of the maritime sector. Something has to be done about it”, the minister said.

Recall that the former Minister of Transportation, Hon. Rotimi Amaechi, had months before his resignation expressed disappointment over the stance of his finance counterpart, Hajia Zainab Ahmed, on the Fund.

He had said Ahmed had refused the disbursement of the fund to beneficiaries because according to her, it was not stakeholders’ money but that of the Federal Government.

Amaechi, looking frustrated as a result, advised stakeholders to challenge her claims in a law court.

Under the Nigerian Maritime Administration and Safety Agency (NIMASA) Act 2007, the Fund belongs to shippers for the development of maritime infrastructure.

Meanwhile, on what informed the minister” sudden tour of port facilities in Lagos after over four years on the saddle, the Kwara State born politician disclosed that before now she had little to do with maritime but said presently it had been made part of her schedule; hence the visit.

In her words, “It’s not like I just woke up from slumber as you said to commence a visit to the ports. Maritime wasn’t part of my schedule but now it has been assigned to me; that is why I came down to see things for myself”.

She decried the decaying state of Lagos ports, especially the Tin Can Island Port (TCIP), adding that something would be done to address it but of course not leaving out the Lagos Port Complex (LPC), Apapa, which she observed needed some attention too. 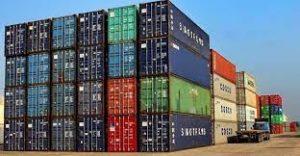 Staked containers in a terminal

For the Lekki Deep Seaport, the minister informed that the President had given the mandate that it should be connected with the rail system, adding that part of the conditions for the approval of new ports was the provision for cargo evacuation, which was the rail link.

Commenting on the various complaints being made by stakeholders on issues of the Concession Agreement with terminal operators, the minister said it would be looked into to ascertain the areas of concern with a view to addressing them. 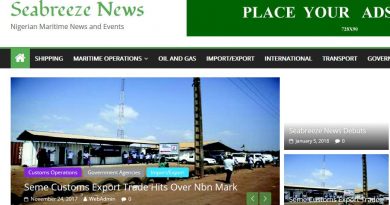