The National Association of Government Approved Freight Forwarders (NAGAFF) is heading to the Appeal Court to ascertain if the Council for the Regulation of Freight Forwarding in Nigeria (CRFFN) is truly an agency of government.

Founder of the New Nigerian Peoples Party (NNPP) and the association, Dr. Boniface Aniebonam, gave the hint on Monday in Apapa, Lagos, at the Maritime Journalists Association of Nigeria (MAJAN) Roundtable.

Aniebonam, who expressed sadness that a body his group spearheaded its coming into being as a private sector initiative, was hijacked by a cabal as an agency of Government for pecuniary interests.

He therefore vowed that NAGAFF would pursue the case to the Supreme Court, as according to him, there was no justification for such going by the letters of the Act establishing the Council. 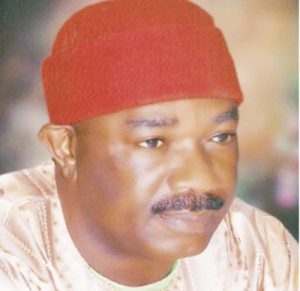 The NAGAFF Founder expressed his displeasure while reacting to the issue of setting an agenda for the new Minister of Transportation, Hon. Mu’azu Jaji Sambo, whom he said should write his name in gold by correcting the errors of his predecessors concerning the CRFFN.

“For the new minister, I want to advise him to write his name in gold by correcting the mistakes of his predecessors like Amaechi (Chibuike Rotimi Amaechi) by doing what the CRFFN Acts says.

“If the CRFFN is an agency of government, why should its head, the Chairman of the Governing Board be chosen through election from the Register of Freight Forwarders? Tell me which other government agency whose Managing Director or Director General is appointed through an election process.

“You have NIMASA, NPA, Shippers’ Council, NIWA, name them! Which one is its head appointed through election like the CRFFN?

“Just because a set of people want to be collecting money from government, they said it is a government agency. Our lawyers are heading to the Appeal Court to continue the case. You remember that we went to the Federal High Court to challenge hijack of the Council? We are ready to pursue the case up to the Supreme Court”. Aniebonam said.

Recall that some years back NAGAFF had challenged the conversion of the Council to an agency of government at the Federal High Court in Lagos and lost.

Thereafter, the association raised an alarm sometime ago as moves were allegedly made by Ministry officials to the National Assembly (NASS) to amend the CRFFN Act in line with NAGAFF argument in court why the Council should not be an agency of government.

Meanwhile, the NNPP founder has reminded the new minister, Hon. Sambo, that by the Act establishing the Council, the freight forwarding body was supposed to be a replica of the Institute of Accountants of Nigeria (ICAN).

By this, he added, the body should be self-funded as spelt out in the Act as against through appropriation as presently done. 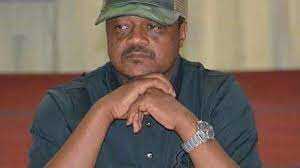 He made it clear that all freight forwarders, including the past Board chairmen, were all in agreement that the Council was a private initiative and should be so managed.

“I want the minister to carry out a thorough investigation as to the real status of the Council. Let him look at the Act and ask questions and he will find out the truth and be able to do the needful.

“Government needs money for a lot of things calling for its attention, yet some people are taking money from the same government to run an organization which the law says should be self-funded.

“Imagine Amaechi, who at the hurried inauguration of the Council Board on the eve of his exit saying, ‘some people are saying the CRFFN should not belong to government but to the private sector, is it true?’ Can you imagine that?”

The Council was established by the CRFFN Act No. 16 of 2007. Its role “includes but not limited to the regulation and control of the practice of freight forwarding and promoting the highest standard of competence, practice and conduct among members of the profession”. 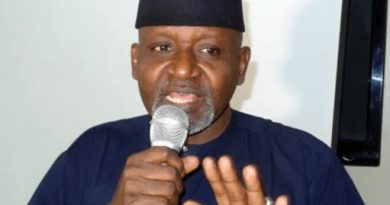