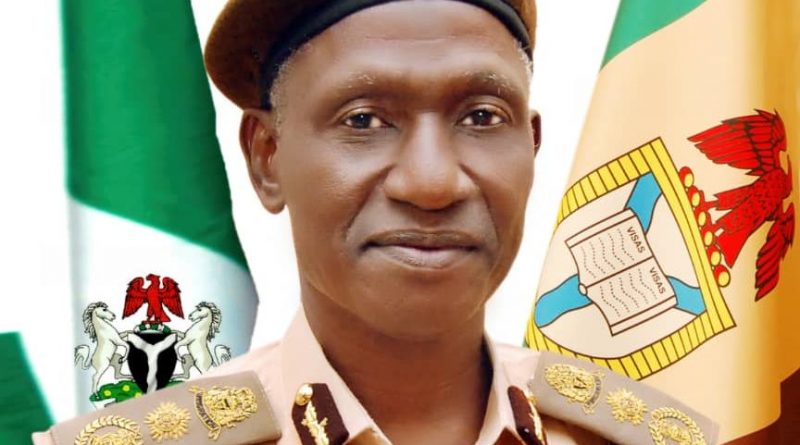 The equipment, which came along with 19 motor bikes, were handed over to the Comptroller General of NIS, Alhaji Isah Idris Jere, who was represented by Assistant Comptroller General (ACG) Olakunle Gabriel Ososanya. Mr Jeremiah Joshua made the handover on behalf of IOM. 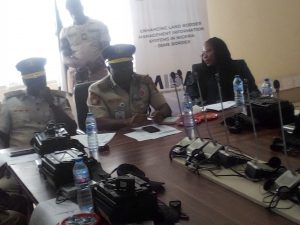 ACG Ososanya, who expressed the Service’s gratitude to IOM for the wonderful gesture, noted that the equipment had come timely because of the numerous challenges the Seme Border Command was facing in border security management.

He went down memory lane to recount how the border challenges came about, heaping the blame on the colonial masters for the arbitrary deleneation of territories into countries thereby alienating brothers from one another.

“l want to thank IOM, on behalf of the CGIS, for this gesture to the command. Why do we need this equipment? It is because of the numerous challenges of the command

“It is the challenges of demarcations made by the colonial masters. Villagers cannot understand why their brothers on the other side cannot mix up with them. This has thrown up some resistance from them against some immigration laws. 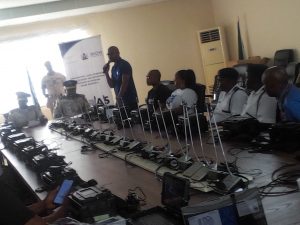 Guests at the event

“Some criminal elements have taken advantage of this development to perpetrate evil”, the ACG said.

Ososanya added that this had been made worse by the country’s vast porous land border, which dimension he put at 4,047 kilometres.

In his words, “The situation has not been helped by Nigeria’s vast porous land border which is 4,047 kilometres. If we in NIS call out all our officers and those of our sister agency, the Nigeria Customs Service, to stretch and hold hands along the border lines, we can’t cover the entire stretch. This is why this MIDAS equipment is important to us”. 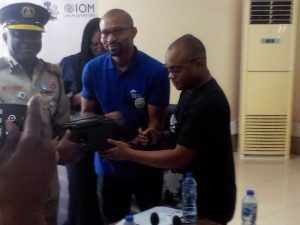 Joshua of IOM handing over the MIDAS devices to ACG Ososanya

The senior NIS official made it clear that though the equipment would be domiciled with the NIS but it would be beneficial to all the sister agencies, including the country’s neighbours involved in border security.

He therefore assured the donors that the mobile devices would be put to adequate use by the officers and men to ensure effective border security.

In his welcome address, the Comptroller, Seme Border Command, Dr Michael Chukwuemeka Dike, thanked IOM for not just donating the devices but also training the officers on their usage.

“In the last three weeks, IOM has conducted training for our officers and men on the operational modalities of mobile MIDAS. The approval for the training by the CGIS is a demonstration of of the importance NIS attaches to training and manpower development of its staff as a motivational source for higher productivity”, he stated.

Dike continued, “The CGIS, Alhaji Isah Idris Jere, has since inception of his stewardship initiated far-reaching reforms, trainings and capacity-building to improve service delivery of the officers and men of the service. The NIS, which is the lead agency in border management, has through its constitutional mandate enhanced and improved the security structures across the Nigerian borders. The NIS has also put in place far-reaching reforms and institutional structures to safeguard the nation’s border lines of about 4,047km, and has made stronger contributions towards national security and socio-economic development of the Nigerian nation”.

The Seme Border chief decried the incidences of “dangerous migration of young Africans” including many Nigerians, across the Sahara Desert and Mediterranean Sea corridor amidst dehumanizing treatment.

This, he said, demanded for genuine commitment between all the security agencies in the country and the international stakeholders, particularly IOM, UN, the African Union (AU), ECOWAS, among others.

Dr Dike pointed out that “the usage of MIDAS since 2016 in Nigeria border space is a product of harmonious partnership between NIS and IOM. The above stretched scenario, which has not only produced the installation of MIDAS equipment in 14 land borders, five international airports plus Maiduguri, four seaports and eight state commands, making 31 locations in the Nigerian borders”.

He stressed that the equipment was a key tool for ” collecting, maintaining and analysing migration data for effective and efficient migration management”. 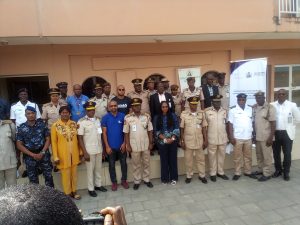 Group photograph of all the security agencies after the handover

While handing over the MIDAS devices and motor bikes, the representative of IOM, Jeremiah Joshua, said the presentations were meant to enhance the already existing facilities at the command.

Joshua added that the objective of the IOM was to provide kits for officers as well as to train them.

He also informed that the donation of bikes was for officers to be able to navigate some difficult terrians where motor vehicle could hardly access.

In his contribution, the Comptroller, Lagos Border Patrol, Shittu Fatai, thanked IOM for its geture but demanded for more assistance. He urged officers of the command to avail themselves of the opportunity presented by the devices.

Meanwhile, training of officers on the mobile MIDAS devices is said to have started since the past three weeks with 23 trainees per batch of four.

All the security agencies of government were represented at the event including the Commissioner of Police, Krake, Republic of Benin, Vianou Fifame. 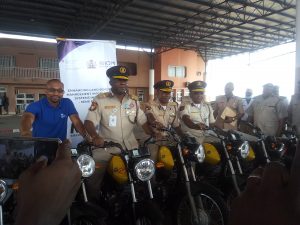 IOM is an agency of the UN and has keyed into the NIS “Enhancing Land Border Management Information System In Nigeria, Seme Border, project with the sponsorship of the Swiss government.